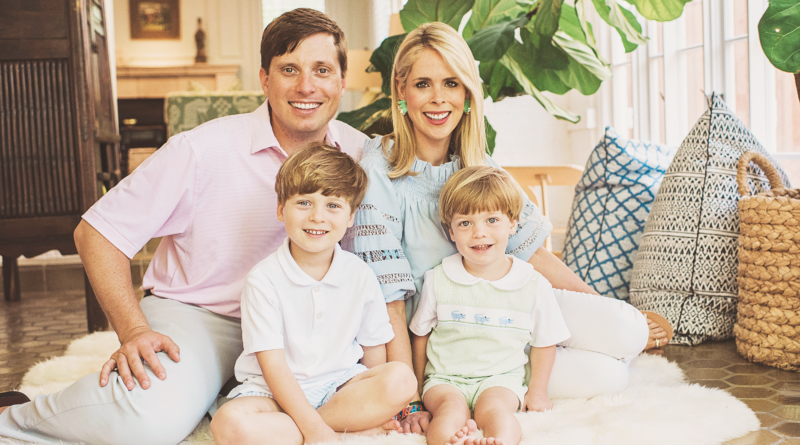 When their oldest child was an uncooperative 3-year-old, Woody and Meredith Abbott found inspiration for a company to create wellness-inspired products to help parents raise healthy, happy children.

“He was in his pajamas all summer, and we would have the hardest time getting him dressed in the morning,” Meredith Abbott said. “So we were like, ‘Ok, let’s get creative. What can we do to get him dressed?’”

“We don’t want to have to sacrifice basic standards, but the less time we have to spend negotiating on it and going back and forth, the happier we’re going to be and the happier the kids are going to be.” -Woody Abbott

Woody had an idea and spent an hour on sketches of an elephant getting dressed.

“And I didn’t even know he could draw, but it was really good, so he drew a couple other little characters, and soon we decided to make our own behavior and wellness board,” Meredith said.

The Highland Park couple co-founded The Rabbott Company and developed the “happyboard.” The behavioral chart comes with various activity tiles to support healthy habits, such as following directions, cleaning up, and being active. Children earn rewards with stars for completing tasks or participating in good behaviors.

The happyboard is expected to be available for purchase in mid-December.

The Abbotts also recently published an accompanying book, Ollie Goes to the Museum. They wrote it together, and Woody illustrated it.

Woody and Meredith have noticed a difference in their home when it comes to establishing healthy habits, and have seen their children respond well to their products.

“We know if they do these things, they’re going to feel better about themselves and feel happier,” Woody Abbott said. “We, as parents, don’t want to give up on our kids eating vegetables. We don’t want to have to sacrifice basic standards, but the less time we have to spend negotiating on it and going back and forth, the happier we’re going to be and the happier the kids are going to be.”

Woody and Meredith have other products in the works, such as more blocks for their happyboard and other ideas for children’s books.

“This is just something started by two parents who really love their kids,” Woody Abbott said. “This is by parents, for parents. We have no violence, no cheap laughs, none of that stuff you often see in children’s cartoons or products. This is all the love and hope and passion of a husband and a wife who started this for their own children going out into the world. We’re trying to connect with kids in a way we feel is right, and we’re excited to see what happens next.” 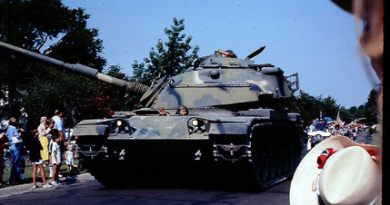