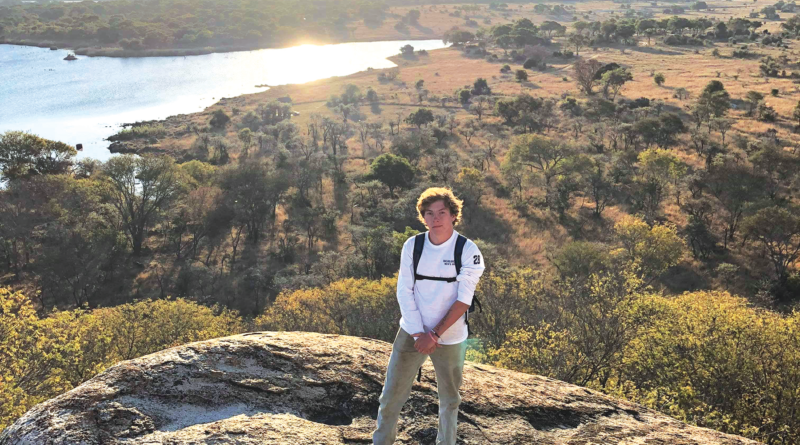 A Highland Park teen pursued his dream of working with animals by going to a South African wildlife preserve for his first international trip alone. It wouldn’t be his last.

Race Eiland, 16, said he’s always had a passion for animals and wanted to travel to Africa, so when he found the program for people younger than 18 to volunteer in the summer of 2018 via Global Vision International, he was eager to go.

Race arrived in Johannesburg in July 2018 before traveling to the Limpopo region of the country to meet his volunteer coordinator and fellow volunteers.

“There were (volunteers) from England, some from France, and another from Turkey,” he said. “I was fortunate to (go) at such a young age.”

Race said he was the only volunteer from the U.S.

He said his work included identifying and researching species of animals in surrounding reserves.

“When we saw a lion or a leopard, we would tell the safari guides where the animals were that tourists would want to see,” Race said.

Race’s mom, Randi, recalled preparing him for the trip.

“He definitely learned what he could live without.” -Randi Eiland

“There was a lot of fear,” she said. “I wasn’t sure he had the documents he needed to stay… His dad and I had to trust that everything would be fine.”

Randi said the trip also taught her son things she and his father couldn’t.

“He definitely learned what he could live without,” she said.

Race became friends with a fellow volunteer, Josh, from England. Josh ended up visiting Race in Texas this summer.

He took Josh to some local highlights, including the Perot Museum and the George W. Bush Presidential Center, before they traveled southwest to San Antonio.

“We spent the day showing Josh the Alamo and the River Walk,” Race said. “It ended up being cool for me, too, because I hadn’t been to the Perot Museum in a little while, we went to the Sixth Floor Museum, which I’d never been to.”

The pair then packed some snacks and continued to the Cadillac Ranch and Palo Duro Canyon.

The temperatures there warmed up quickly, so they went to stay at a hotel and made plans to visit Caprock Canyon.

Race said he enjoyed Caprock Canyon when they arrived.

“It was really cool to see the bison in their natural habitat,” he said. Their next stop was Tulia, where they visited the Swisher Museum, an old theater, and shops.

“We made great friends,” Race said. “It was a really great experience with the people there.”

He’s continued traveling, most recently to the Imire Rhino and Wildlife Conservancy in Zimbabwe.

Race said he enjoyed the proximity to the rhinos there. At one point, he was even able to scratch a rhino with a stick.

“It ended up looking like a huge dog,” he remembered. 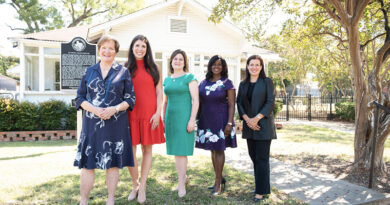