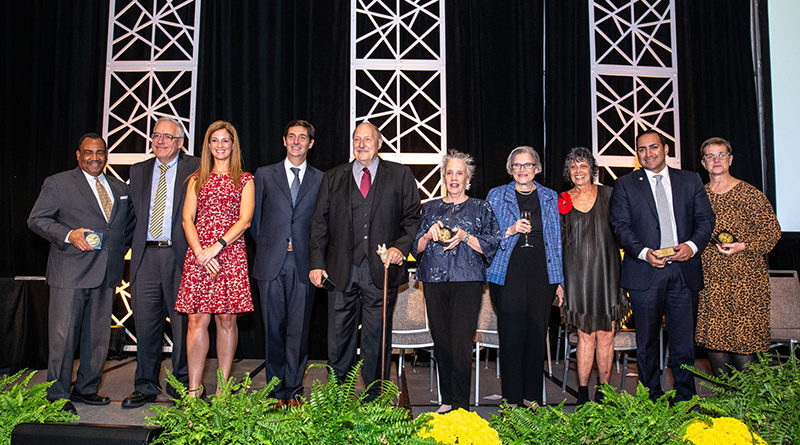 On Nov. 21 the Dallas Historical Society held its 38th annual Awards for Excellence luncheon honoring current Dallas History Makers. Over 600 community and business leaders attended the luncheon, which was held at The Fairmont Dallas Hotel.

Kicking off the luncheon was Master of Ceremonies Stewart H. Thomas. The Invocation was given by The Reverend Katherine Glaze Lyle of First United Methodist Church. Event co-chairs Alina & Ruben Esquivel greeted everyone and introduced the honorary chairs Linda Perryman Evans & Mary Jalonick, both past award recipients.

Presenting Sponsor Pegasus Bank’s Joe Goyne introduced the newly created sizzle reel about Dallas Historical Society. Master of Ceremonies, Stewart H. Thomas then announced the recipients and the category in which their award was to be given, pre-recorded “thank you” videos played from the awardees prior to each taking the stage to receive their award. The class of 2019 Awards for Excellence Recipients includes:

The award presentation concluded with THE 2019 JUBILEE HISTORY MAKER awardee, John McCaa, respected local broadcaster who was honored for his tireless pursuit of the truth in journalism, giving a touching and memorable speech, asking the audience to “remember successes of years’ past” and stating that “History gives us context… it is crucial to our future” also referring to Dallas as a “can-do” city. 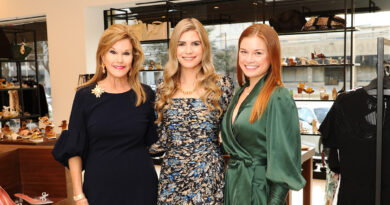