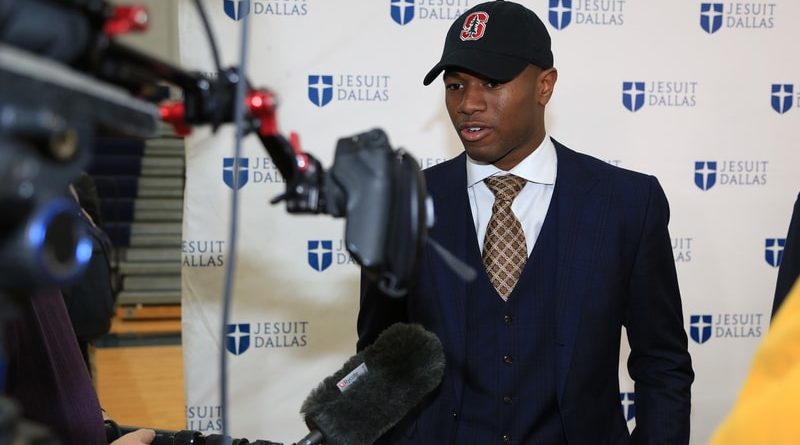 E.J. Smith could have followed his father’s footsteps at Florida, but instead he wants to forge his own path at Stanford.

The Jesuit senior announced his college choice on Wednesday when he signed with the Cardinal over offers from numerous other high-profile schools, including Florida, Texas A&M, and Georgia.

Smith made the choice while flanked by his mother, Pat, and his father, Emmitt — who attended Florida and became the most prolific running back in pro football history.

E.J. was a three-year starter for the Rangers who emerged as one of the top recruits in the state, and not just because of his family legacy.

He rushed for 905 yards and 22 touchdowns this season while also catching seven scoring passes. That was despite missing a handful of games due to ankle and hand injuries. In the playoffs, Smith ran for 11 touchdowns in four games, just weeks after breaking his hand, as Jesuit advanced to the Class 6A regional semifinals for the first time in program history.

At 5-feet-11 and 195 pounds, Smith led the Rangers in rushing during his sophomore and junior seasons. In 2017, he tallied more than 1,900 all-purpose yards and scored 33 touchdowns.

Appropriately enough, Smith was joined at a signing ceremony on Wednesday in Walsh Gym by one of his offensive linemen. Jesuit center Branson Hickman, the son of head coach Brandon Hickman, signed with SMU.