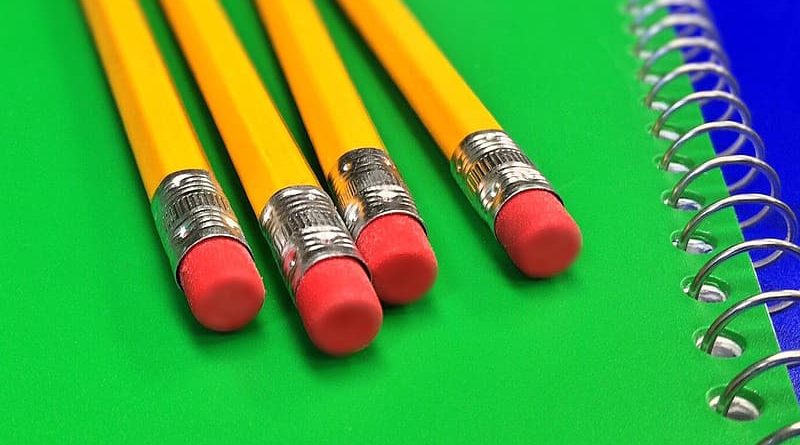 Editor’s note: This story was updated to include comments from State Board of Education members Aicha Davis and Georgina Cecilia Pérez and State Rep. John Turner.

With several districts in North Texas opting to extend spring break, and other districts like Highland Park ISD and Dallas ISD keeping a watchful eye during their spring breaks, a call has begun to cancel this year’s STAAR tests.

“I do not believe STAAR tests can proceed this year, given the weeks of campus closure already announced in many school districts and the additional weeks of closure that may occur,” said State Rep. John Turner. “Our school system is facing tremendous challenges related to the coronavirus. Right now our school districts are focused on the immediate issue of public health, which is I agree is the right priority at this time.”

An email to state Rep. Morgan Meyer has not been answered yet.

Texas Speaker of the House Dennis Bonnen said he was in touch with Morath and Abbott regarding the status of the statewide standardized test.

“TEA will be releasing a plan this coming week in regards to STAAR testing to help ease parental and student concerns to make certain our students aren’t put under additional stress,” he said on Twitter.

At least one member of the State Board of Education joined that chorus, too. Georgina Cecilia Pérez, who represents the El Paso area, wrote to Morath to also make the case for canceling, pointing out that many in her area did not have access to the broadband internet that is necessary for online learning.

“Our students whose promotion, retention, and graduation is based on test scores are at significant risk,” she wrote.

“Our nation, state, and cities across the U.S. have declared emergency,” she said. “In light of this stressful time, we strongly urge you to waive accountability for all students, teachers, and campuses for state assessments STAAR, EOC, and TELPAS.”

“I taught biology, a STAAR tested subject, for years,” she said. “It was already tough getting freshman re-centered and ready for testing after spring break. I can’t imagine how anxious they’ll be after weeks out because of a sudden virus outbreak.

“I also served as a testing coordinator, and uncertainty of when it could actually happen is a logistical nightmare. Testing this year would be hard on schools, teachers, and students.”

“I look forward to working with my SBOE colleagues, TEA staff, Texas Legislators, and Governor Abbott to ensure the health (mental and physical) and safety of Texas students and teachers remain the priority in this decision,” she added.

The agency on Saturday said it was finalizing its direction regarding the test, and would have an announcement soon.

“TEA is in the process of finalizing changes for the administration of state assessments this year,” the agency said in a statement. “Commissioner Morath is in daily contact with our state’s more than 1,000 superintendents on this and many other critical issues.

“By this coming Thursday, TEA will issue formal guidance as those changes are finalized.”

STAAR testing is due to begin on April 7. A detailed fact sheet distributed to school districts by the Texas Education Agency indicates that right now, the agency may lean on its online STAAR option.

“The agency is reviewing logistical options,” the document reads. “Generally, there is far more flexibility when testing online than on paper. At this point, districts and charters who anticipate the possibility of being closed on a testing date should begin planning for the possibility of scaling up online assessment in the event alternative testing dates might be required.”

However, a letter signed by more than 50 school districts indicates that schools would prefer that the test be canceled outright this year.

“… we are concerned with the continued focus on the administration of the STAAR as described in the TEA’s most recent guidance to school districts,” the letter reads. “Given the unique situation with which we are faced, we believe our focus is best placed on keeping students safe and maintaining continuity of instruction, not attempting to implement some alternative form of standardized testing.”

The letter is signed by many North Texas schools. An email to Dallas ISD regarding its stance on the letter has not received a response yet, although in an exchange on a Facebook post by Dallas city council member Cara Mendelsohn, board president Justin Henry indicated that he had only recently seen the letter and was “looking into it.”

The U.S. Board of Education has indicated that it may issue waivers for states that have been hardest hit.

“… due to the unique circumstances that may arise as a result of COVID-19, such as a school closing during the entire testing window, it may not be feasible for a State to administer some or all of its assessments, in which case the Department would consider a targeted one-year waiver of the assessment requirements for those schools impacted by the extraordinary circumstances,” the federal agency said in its most recent direction. “States with schools that must close due to the COVID-19 may also want to consider whether it is possible to adjust or extend the testing window to accommodate as many students as possible, including students in schools that were closed for some period.”

To read more of our coronavirus coverage, click here.