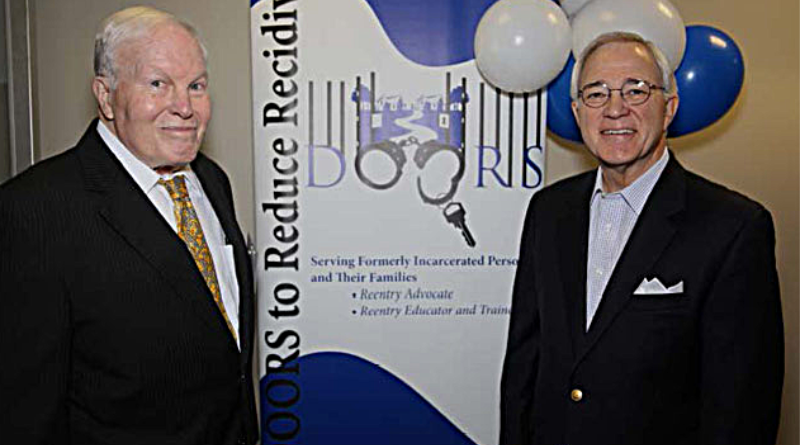 I first met Charlie Terrell as a young teenager. I attended the same high school as his daughter Cathy at JJ Pearce. I will never forget the first time I met Mr. Terrell. He was an imposing figure of a man – he looked important. He had broad shoulders and movie star good looks.

He was an impeccable dresser, always in a tailor-made suit and tie. Charlie was also an accomplished businessman, helping start Safer Dallas and a was a beloved city council member. He loved his community and served as a City councilman and was very involved with the Texas Bureau of Prisons. In fact, a unit was even named after him.

A few years after our first encounter in 1979, I was young, somewhat lost and in need of advice, direction and guidance. Some higher source led me to reach out to Charlie. To my own astonishment, he remembered who I was and was more than happy to meet with me. That was just who Charlie was – he remembered everyone. I met Charlie at his favorite breakfast place at the time, The Melrose Hotel. I didn’t even own the proper clothes to walk into the dining room, yet alone eat breakfast there. While I can’t recall our conversation, something magical happened for me that day. This towering presence of a powerful man believed in me. His belief was all that I needed to set me on a path of success. He had that gift.

Shortly after our visit, I ended up running a night club called San Simeon. When Charlie and his beautiful wife Beverly stopped by, I always made sure they had the best seat in the house and it was a joy to serve them. I opened my first gym in the Highland Park Village in 1989. At that time, Charlie and I kept in touch rather frequently. Then, out of nowhere, tragedy struck. Charlie was diagnosed with Guillain-Barre Syndrome, a shockingly debilitating disease. Charlie was paralyzed from the waist up. As a result, he was hospitalized for more than half a year. Many people thought he wouldn’t make it. Even the famous Rev. Jesse Jackson came to pay his respects. For the few of us who knew how tough Charlie was, we knew he would give it the fight of his life, and of course, he didn’t disappoint us.

Before Charlie was released from the hospital, he was required to do pool therapy. By some stroke of luck, he requested that I be there to attend his therapy. When I first laid eyes on him, it was all I could do to hold back tears, seeing one of my heroes not even able to enter the pool without assistance. When he was released from the hospital, he could not drive and was not truly able to work or do the many things that brought him joy. He was assigned a physical therapist and instead insisted that he do his physical therapy with me. I graciously accepted because I believed in him, just as he had in me years earlier. I was up for the task. We started off with 1 and 2lb weights, a far cry from the heavy weights he was accustomed to throwing around. Charlie was never quite his former self after this hideous disease. However, with his grit and determination, he gained much of his strength back. More than anything, his smile and witty sense of humor returned. For several decades after, Charlie would literally wear-out the stationary bike in my gym by riding it for what seemed like hours.

One day I was walking in Highland Park Village and a person came up to me and said what I had done for Charlie Terrell was great. It took me by surprise so I asked what he was referring to. Apparently on the anniversary of his release from the hospital, Charlie wrote a letter every year saying that I helped save his life. This is an honor that to this day I still don’t feel worthy of accepting. I had very little to do with his never-ending will to get up and never give up. I once received a copy of that letter and framed it as a reminder of what true friendship really is. Charlie, I hope you are able to look down from heaven and read this letter I’ve written because you very well might have saved my life. I love you. I’m forever indebted to you for believing in me when very few others did. God bless you, Charlie Terrell.