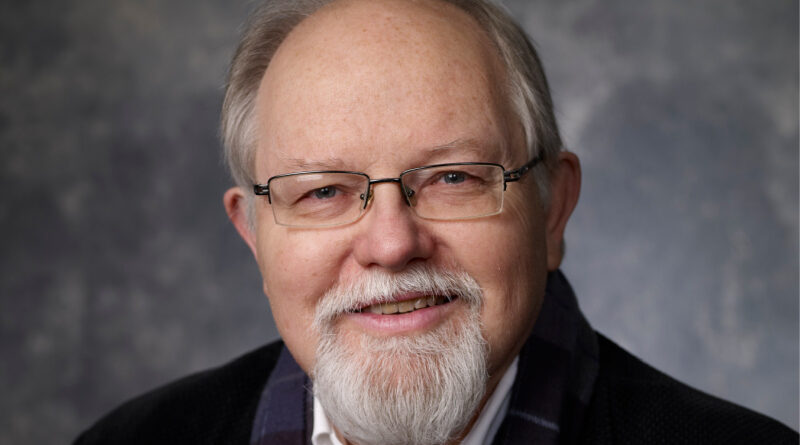 Richard Brettell, who oversaw the Dallas Museum of Arts as it became an anchor of the downtown Arts District and later became a prolific fundraiser at the University of Texas at Dallas, died Friday. He was 71.

Brettell, who lived in Greenway Parks with his wife Caroline, continued to serve as UTD’s distinguished chair of art and aesthetic studies through his long battle with cancer.

Brettell, who was curator of European paintings at the Art Institute of Chicago before his arrival in Dallas as the DMA director in 1988, was a noted scholar and writer as well, penning dozens of books on French painters and paintings during his lifetime.

He was also an expert on impressionism and French painting from 1830 to 1930, and a professor, teaching at Northwestern, Harvard, Yale (where he earned three degrees), and UTD, where he was the Margaret M. McDermott Distinguished Chair of Art and Aesthetic Studies and Edith O’Donnell Distinguished University Chair.

He also led three lectures in the DMA’s Richard R. Brettell Lecture Series, which can still be viewed.

When one thinks of the important people in the Dallas art world, Brettell is most assuredly on that list – not only for the knowledge he had and imparted but also for his work to expand the arts in Dallas, from spearheading a campaign to expand the DMA with the Nancy and Jake L. Hamon Building to acquiring both the Crow Museum of Asian Art and the Barrett Collection of Swiss Art for UTD.

During his tenure at the DMA, his goals were twin – creating a “truly public art museum,” and celebrating its global permanent art collection. While at the DMA, he oversaw the fundraising and construction of the Hamon building extension, the endowed Mildred R. and Frederick M. Mayer Library, and the installation of the museum’s arts of the Americas.

“American museum history is very different from European museum history because it has to do with wealth and donors, and European museum history has to do with wealth and governments and appropriation of cultural propriety and all of that which we have never, as yet, done,” Brettell told David Carrier in an interview published in the May edition of The Brooklyn Rail. “And I think that the American Urban Art Museum, the question that I had to ask myself when I went to Dallas is: does the comprehensive, encyclopedic, all-of-the-human-past art museum that America has created—because there are none of them in Europe. No city art museum has everything in it, and lots of American art museums do, whether it’s two things or eight things or 23,000 things—does it have a future? And can it be a kind of beacon for rethinking the encyclopedia?

“I decided that it could be a place where you use architecture and display technologies and collections, because I’m really an object person and I believe that the principal power in the art museum is the work of art, and that you have to—you cannot let—make works of art into illustrations of their place and time, though they are … they have their qualities, and you have to let them sing. And you have to recognize their qualities and teach people to do that.”

More than a dozen major and nearly 100 focus exhibitions were presented at the DMA during Brettell’s tenure, including Georgia O’Keeffe 1887-1986 (1988), the third most-attended exhibition in the DMA’s history; Images of Mexico: The Contribution of Mexico to 20th Century Art (1988); NOW/THEN/AGAIN: Forty Years of Contemporary Art from the Dallas Museum of Art’s Permanent Collection (1989); Impressionists and Modern Masters in Dallas: Monet to Mondrian (1989); and Black Art, Ancestral Legacy: The African Impulse in African American Art (1990). The first exhibition devoted to Camille Pissarro’s cityscapes, The Impressionist and the City: Pissarro’s Series was co-curated by Brettell and the artist’s great-grandson Joachim Pissarro and opened at the DMA in 1992.

Over 3,000 objects were acquired by the DMA during Brettell’s directorship, including Chris Burden’s All the Submarines of the United States of America, the Charles R. Masling and John E. Furen Collection of silver, Thomas Cole’s The Fountain of Vaucluse, Jean Antoine Théodore Giroust’s Oedipus at Colonus, a Bamileke elephant mask (mbap mteng) and feather hat, important early paintings by Jerry Bywaters, and a group of 90 works by Otis and Velma Dozier.

Brettell also oversaw the establishment of a Texas Art Purchase Plan to acquire works by local artists, establishing the Otis and Velma Davis Dozier Travel Grant to benefit Texas artists. From 1992 to 1995, the DMA’s Concentrations exhibition series—launched in 1981 to present new work by emerging artists—was replaced by Encounters, a series that paired international artists with Texas artists.

Brettell also helped create the French/Regional/American Museum Exchange (FRAME) and served as the organization’s Founding Director from 1999 to 2009. The consortium of 32 museums, including the DMA, promotes cross-cultural exchange between France and North America. He received a prestigious commandeur certificate from France’s Ordre des Arts et des Lettres for his work with FRAME.

“Rick was an incredible and visionary leader for the Dallas Museum of Art and a beloved and deeply influential figure in the arts community in Texas and beyond. I knew him even before joining the DMA, and he was a wonderful colleague with a huge personality that matched the breadth of his talents and intellect,” said Dr. Agustín Arteaga, the DMA’s Eugene McDermott Director. “He demonstrated immense enthusiasm for scholarly collaboration in every aspect of his life and career. His contributions have permeated so many aspects of the arts landscape in Dallas over the past three decades in ways that will continue to have a permanent and profound impact.”

After leaving the DMA in 1992, Brettell embarked on a career as an in-demand and foremost museum consultant before joining the UTD staff in 2000. As a consultant, he assisted in the acquisition of the M. H.W. Ritchie Collection for the Dixon Gallery and Gardens in Memphis, with the building and renovation program of the Portland Museum of Art (Oregon), and with the Millennium Gift of the Sara Lee Collection, which won the National Medal for the Arts in 1999.

In 2004, he was named the first Margaret M. McDermott Distinguished Chair of Art and Aesthetic Studies, after Nancy Hamon endowed $1 million chair in aesthetic studies in honor of her longtime friend and UTD supporter Margaret McDermott.

Earlier this year, Brettell was elected to the American Academy of Arts and Sciences. In addition to being the Eugene McDermott Director at the Dallas Museum of Art, he also served as the Searle Curator of European Painting at the Art Institute of Chicago and served on the board of directors of the Hermitage Museum Foundation.

“Generations of citizens will benefit from his leadership in building Dallas into the great center for the arts that it is today,” said Arteaga.

Earlier this week, Rob Kendall and Tony Holmes announced that they would honor their longtime friend and colleague with a major planned gift to fund travel experiences for UTD students.

“Rob and Tony have decided to commit their lifetime assets to fund what will surely become the premier travel program for undergraduates and graduate students in the nation,” Brettell said in the July 22 announcement. “UTD students will be able to travel from Easter Island to Ireland, from Naples to Nanjing, from prehistoric to postmodern landscapes. There are, in short, no limits to the temporal geography of Rob Kendall and Tony Holmes’ travel program for UT Dallas.”

“It is Rick who inspired this gift of experience for many future students,” Kendall said. “For years, we have led art-centric educational journeys across the globe. To be able to offer those experiences to young minds — especially those who may not otherwise have the financial means to fund such opportunities — is priceless.”