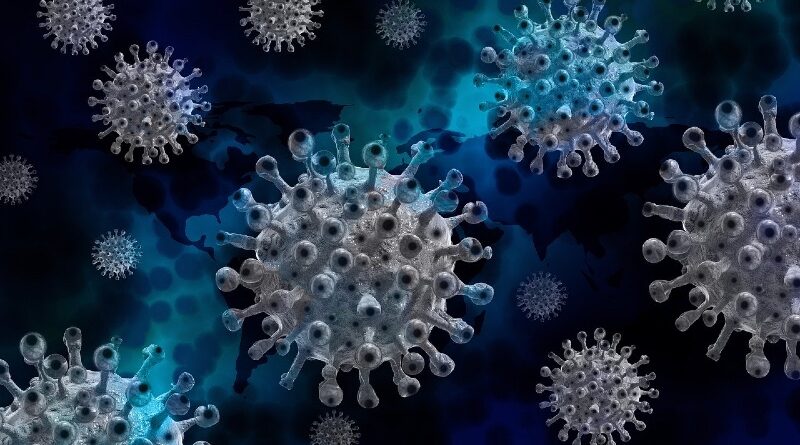 As Dallas County reported its highest single-day increase in COVID-19 deaths, and state and local officials continue to respond to the pandemic and issue sometimes conflicting guidance on preparing for the 2020-2021 school year, there’s a lot of information to keep track of. Here are today’s bullet points.

Dallas County Health and Human Services Wednesday reported 704 additional COVID-19 cases, as well as a record single-day increase of 36 deaths, bringing the total confirmed case count in the county to 48,732, as well as 658 confirmed deaths.

“Today’s 36 deaths is a new single day reporting record and is a somber reminder of the seriousness of this outbreak. We must continue the spirit of sacrifice for the community good that has led people to forgo unnecessary trips, stay home as much as possible, maintain six foot distancing, and always wear a mask around people outside their homes,” said Dallas County Judge Clay Jenkins. “This along with good hygiene principles will lead to a continued decline in cases. If only a few people loosen their resolve for personal and community safety, we can find ourselves in a quickly worsening position.”

More than 1,800 children under 18 years of age have been diagnosed with COVID-19 since July 1. During this timeframe, 38 children have been hospitalized for COVID-19, including four admitted to intensive care units. Of all confirmed cases requiring hospitalization to date, more than two-thirds have been under 65 years of age. Diabetes has been an underlying high-risk health condition reported in about a third of all hospitalized patients with COVID-19.

Jenkins also addressed the issue of schools in his Wednesday statement shortly after new guidance was issued this week from Texas Attorney General Ken Paxton and the Texas Education Agency regarding the 2020-2021 school year.

“On the issue of schools, there was confusion coming out of the Attorney General’s office and the Texas Education Agency yesterday. Essentially, they are seeking to have the question of when schools should open for in-person instruction shifted from a public health decision to be made by doctors and turned into a policy decision to be made by school boards. Luckily, here in Dallas County, everyone is working closely together and parents should not worry. I strongly believe school boards, superintendents, and doctors will work together to make the very best decisions that they can for the safety and education of your children,” said Jenkins.

The county reported 700 COVID-19 patients in hospitals as of Tuesday. Additionally, the number of emergency room visits for COVID-19-like symptoms in Dallas County was 485 as of Tuesday, which represents around 21% of all emergency department visits in the county according to information reported to the North Central Texas Trauma Regional Advisory Council.

Twenty-five hospitals on Tuesday reported ventilator and bed capacity numbers to Mayor Eric Johnson’s office. Of 5,968 total beds, 67% were occupied, of 950 total ICU beds, 69% were occupied, and of 1,001 ventilators, 38% were in use.

The New York Times reported Wednesday that their survey of every public, four-year college in the U.S. as well as every private institution that competes in Division I sports or is a member of an elite group of research universities, found at least 6,300 cases tied to about 270 colleges before the new academic years’ begun at most schools.

The Times also identified at least 14 COVID-19-related deaths at colleges.

The paper reports that there is not a standardized reporting method for COVID-19 cases and deaths at colleges, and the information is not being publicly tracked at a national level.

The Times survey reportedly included four-year public schools in the U.S., some of which are subject to public records laws, that are members of the Association of American Universities, or that compete at the highest level of college sports. It hasn’t yet expanded to include hundreds of other institutions, including most private schools and community colleges.

At the University of Texas at Austin, where more than 440 students and employees have reportedly tested positive since the spring, in-person classes will be capped at 40% of capacity and final exams will be taken online.

The Dallas Morning News also reported Wednesday that officials at UT are asking students to stay home and limit in-person interactions with others for at least two weeks before arriving at the university.

The Times’ survey showed SMU reported 49 cases as of July 28.

SMU reported in June that they plan for some classes to follow a hybrid model of in-person and remote instruction, and plan for all final exams for the fall 2020 semester to be administered online.

Additionally, a separate Times survey of the 130 universities that compete at the highest level of Division I football reportedly showed more than 630 cases on 68 campuses among athletes, coaches, and other employees.

Lastly, we end today’s digest with a resource for parents seeking to prepare their students for kindergarten, particularly after time spent sheltering in place this spring and with new procedures in place because of the COVID-19 pandemic.

An online panel discussion featuring Bachman Lake Together Executive Director Dr. Olga Hickman, Dallas ISD Assistant Superintendent, Early Learning Dr. Elena Hill, Aimee Herron-Troy of the  Center for Brain Health at the University of Texas at Dallas, and Girl Scouts of Northeast Texas CEO Jennifer Bartkowski to offer perspectives on how to help students have a good start to their first year of elementary school is set for 11 a.m. August 11.

To register for the livestream event, visit the Eventbrite page.