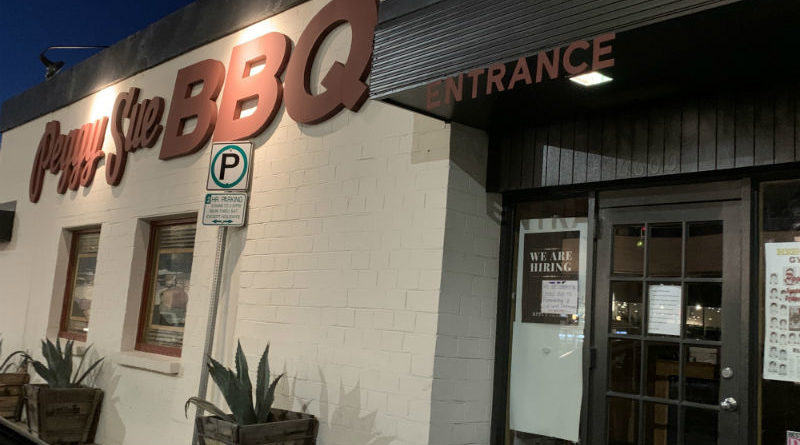 As we previously reported, before the COVID-19 pandemic hit the Dallas area, the restaurant at 6600 Snider Plaza was closed for remodeling.

“Peggy Sue is not coming back as we know it. We thought they were, and we gave them every chance to succeed, and the ownership, who bought it from Marc Hall – they tried,” said Jerry Washam of the Ralph Porter Company, which manages much of Snider Plaza. “We signed a new lease with them at the first of the year, we gave them a period of time to do some improvements…and they started, and never did finish, and then COVID came and that finished them off, and they couldn’t recover from that. So, that obviously changed their plans, changed our plans.”

The website noted that while the “menu continues to evolve, we have kept the place firmly looking like the 1950s BBQ joint we all loved!”

“I recognize that corner and what it is. I mean, that’s been a barbecue restaurant longer than Kuby’s has been there. That’s been a barbecue restaurant since the mid-40s,” Washam said. “I recognize that southern gateway to Snider Plaza is going to demand something special, and that’s what we’re trying to do, but also keep it Snider Plaza, too,” Washam added. “We need something. We need a good neighborhood restaurant where people can bring their family, have a good meal, watch a game on TV, have a glass of wine or a cold beer, and that’s what I’m hoping to keep.”

He added that the location has been shown and been popular.

“I’ve been very pleased with the response that we’ve had, but nothing yet,” Washam said.