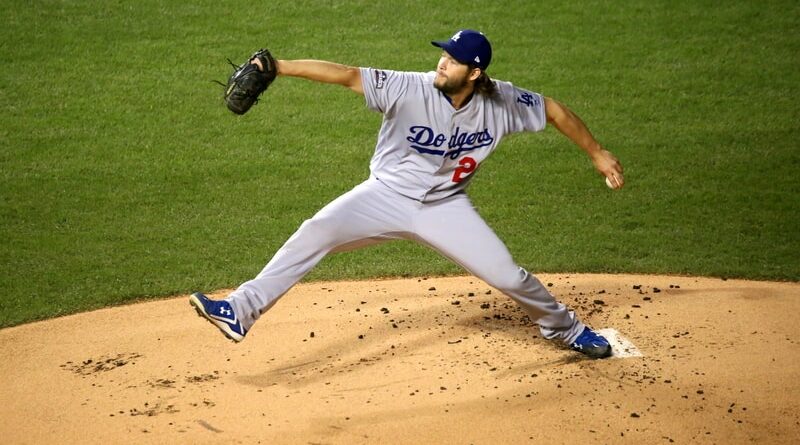 UPDATE: The post season hasn’t always been kind to Clayton Kershaw, but playing in Arlington on Oct. 20, the Highland Park High grad dominated the Tampa Bay Rays in Game 1 of the World Series. He gave up only one run in six innings and recorded the win in an 8-3 victory that gave the Dodgers a one-game-to-none start in the World Series. The Ray’s tied the series the next night. Game three comes tonight (Oct. 23) at Globe Life Field.

Clayton Kershaw has lived out numerous childhood dreams during his decorated Major League Baseball career, but today he can check off a new one — pitching in a World Series game in his hometown park.

The former Highland Park standout is slated to start Game 1 against the Tampa Bay Rays at Globe Life Field in Arlington.

The opportunity comes under unusual circumstances, of course, with the bulk of the baseball playoffs being relocated to neutral sites because of the COVID-19 pandemic. The entire World Series will be played at the new home of the Texas Rangers, which opened in July, and fan attendance will be limited.

Kershaw and the Dodgers have already been in Arlington for almost two weeks, having beaten the Atlanta Braves in seven games in the National League Championship Series on the same field.

Who knows whether the veteran lefthander will have a hometown advantage. He lost his only start in the stadium last week during Game 4 against the Braves.

However, the three-time Cy Young Award-winner had another stellar season during the abbreviated 2020 campaign, posting a 6-2 record with a 2.16 earned-run average.

Kershaw, 32, will be pitching in his third World Series for the Dodgers, and is still seeking his first title. Los Angeles lost the series in 2017 and 2018.

One thought on “Kershaw is Right at Home in World Series”