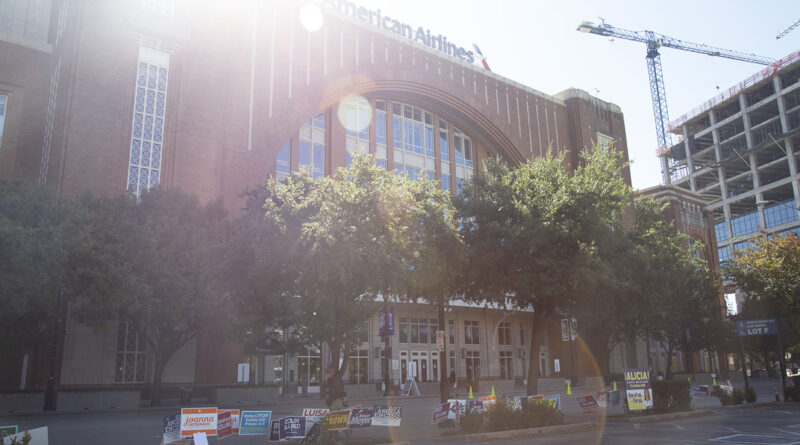 Editor’s note: This story will be updated throughout the night with vote totals and reaction.

5:15 p.m. Long lines were predicted, and not to be a jinx, but so far today virtually every polling location in Preston Hollow and the Park Cities have been humming along with less-than-20-minute wait times.

Of course, that could all change now that people are off of work.

But so far, readers are reporting no wait times. One reader who is working as a poll worker even said things were – dare we say – boring.

But that’s not to say that nobody is voting. Dallas County Judge Clay Jenkins is playing cheerleader today, and had this dispatch about an hour ago:

We will be back shortly with more observations from polling places, as well as some preliminary numbers on how many have voted in some of the busier polling locations in the Park Cities and Preston Hollow.

5:40 p.m. Just noodling with the county’s interactive map, we can get an idea of how many people have voted so far today. Now, keep in mind that this may be off by an hour or so, but it should give us somewhat of an idea.

For instance, at University Park United Methodist Church, 554 have voted so far today. At Oak Lawn branch library, there have been 636 so far, but there is also (now that people are getting off of work) a 20-40 minute wait instead of a less than 20 minute. The Highland Park ISD admin building has had 161 voters, while University Park Elementary has had 264. Armstrong Elementary has had 419, Bradfield 253, and Moody Coliseum 335.

Debate over whether poll workers should wear masks continued on Election Day in Dallas County.

Donovan said the same person worked the polls during early voting when about five people took off their masks.

“They were asked by the election judge there to please put their mask back on and they refused and so the sheriff was called and a deputy sheriff came out and escorted (the worker) and those other four people out of the polling site,” she said of the incident during early voting.

She said the worker then filed a suit seeking mandamus action against Dallas County demanding the county re-hire her without wearing a mask. The Fifth Court of Appeals denied the request, and she appealed that to the Texas Supreme Court, which declined to hear the case, Donovan said.

She said when the election judge refused to wear masks or enforce the issue again on election day, people held a sign telling voters as they approached the polling site that some workers weren’t wearing masks and redirected them to Our Redeemer.

Donovan said the county took the position that on election day, poll workers are contractors as opposed to employees and, therefore, wouldn’t enforce the mask rule.

People Newspapers reached out to Dallas County Republican Party Chair Rodney Anderson, but didn’t hear back by press time. Donovan, however, said Anderson intervened to ask the workers to put on their masks, but the worker refused.

She said that, aside from the mask issue, voting ran smoothly on election day.

“It has been amazingly smooth. Whenever there’s any kind of problem or misunderstanding, the Republican chair and the Democratic chair have talked on the phone or texted each other and we’ve always been able to work everything out. So this mask problem was the only situation we weren’t able to work out, and it was no fault of Rodney Anderson, because he tried very hard to get (the worker) to…recognize the safety of the voters,” Donovan said.

“Election officials are working around the clock to count  an unprecedented number of ballots, and it is essential that they take the time to make sure every legally cast vote is counted,” the statement reads. “Remember: a complete and accurate ballot count is more important than a fast ballot count.”

“Texas law also gives officials time after Election Day to fully canvass all the ballots—including these later-arriving ballots and provisional ballots—and then certify the results,” the statement continued. “Because of the record turnout, the large number of vote-by-mail ballots and extra Coronavirus safety measures, counting every vote will likely take more time than usual this year. We may not know the winner of the presidential election, and possibly many down-ballot races, on November 3 and, perhaps, for a while after that.”

“”Voting is one of the biggest privileges we have as Americans. It’s not only a civic duty but also a civic responsibility. For us to be able to choose who we want to represent us has been going on in our country for over 250 years. We’re only going to stay a free country if exercise those rights-if we quit exercising those rights it (freedom) will be taken away from us,” said Lewis Duff.

At Our Redeemer, Shoemaker reported about a five minute wait.

“It’s important because how we vote effects our daily lives. I feel like I can’t complain or say anything about it if I’m not at least doing my part,” said Abel Hill.

“We are a future generation so we have to do everything now so our future can be better especially for our kids as well,” Hannah Hailey said.

Don’t forget – if you’re in line at 7 p.m., you can still cast your ballot. Stay in line, and let us know what you think by taking our exit survey here.

7 p.m. Early returns are now rolling in. We’ll be updating totals throughout the night in the spreadsheet below.

“I will keep working for each and every one of you and even if you didn’t vote for me, I will be your representative in Congress too,” Allred said in a speech via Zoom. “It’s been the honor of my life to represent the 32nd district where I was born and raised.”

Allred also called for a national strategy against the novel coronavirus, and touted helping to secure a new Veterans Administration Medical Center in Garland.

Midnight: With many races too close to call, our small-but-mighty staff is going to put a temporary lid on the night before coming back in the morning for more reaction and updates.

Here’s why: As it stands, only 200 of 463 voting centers in Dallas County have been counted, according to the county website. Key races like the Texas House 108 race are truly so close that we hesitate to even put the too close to call tag on them, because with 263 voting centers left to be counted when we all wake up in the morning, the divide may be greater, or the lead could have flipped.

That’s also why we won’t be calling the Dallas ISD trustee races – especially in District 2, where neither Nancy Rodriguez nor incumbent Dustin Marshall have reached the 50% threshold – meaning a third runoff election for Dustin Marshall may be in the offing.

For in-person ballots, counties manually enter their vote totals into the state system. “They access a web-based application and put the numbers in one digit at a time, one race at a time,” Stephen Chang, spokesperson for the secretary of state’s office, explained to the Texas Tribune.

Absentee votes can also continue trickle in since all mail-in ballots postmarked Nov. 3 that arrive by 5 p.m. on Nov. 4 must be counted, close races may have to wait a bit.

Once the results are tabulated, the state conducts an audit. Some areas – specifically those who use electronic voting systems that don’t offer paper records of the vote – will have to canvass (also known as a partial recount) by Friday, in three precincts or in 1% of the precincts (whichever is larger). Canvassing must be finished by Nov. 24.