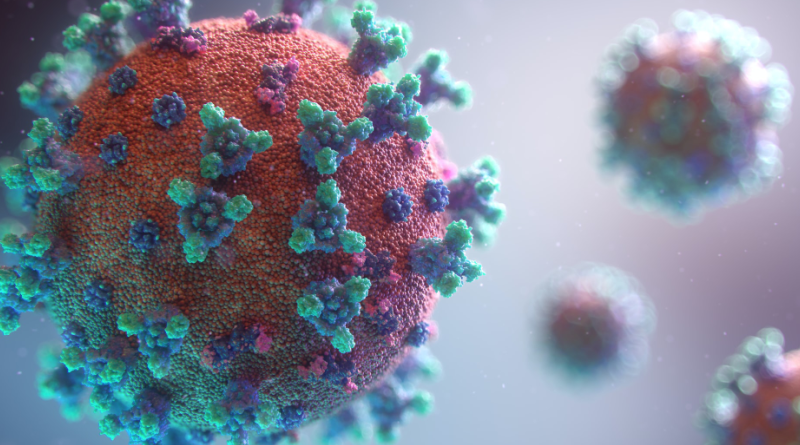 As we enter the workweek from a very busy news weekend, here’s what you need to know today:

A total of 2,328 new confirmed cases of the novel coronavirus were reported by Dallas County health officials between Friday and Sunday, and an additional 665 probable cases were reported, along with seven deaths.

Of the total confirmed deaths reported to date, about 24% have been associated with long-term care facilities, including a man in his 60s who lived in a Dallas facility.

“Today we’ve reached the grim milestone of 100,000 Dallas County residents who have been sickened with COVID-19,” Dallas County Judge Clay Jenkins said Friday. “Our daily numbers continue to increase with today’s total of 1,269 being the highest daily total we’ve seen since our peaks in July that could not be attributed to a backlog or data release like we saw earlier this week when 80% of our probable cases on the day that we reported 1500 cases were attributable to antigen tests that had been done over the last 15 days.

Jenkins attributed the spread to seeing people give in to “COVID fatigue,” relaxing their diligence regarding social distancing and mask-wearing.

“We must get these numbers under control as Thanksgiving and Christmas are the two holidays when people are around more people and the cold winter months bring us indoors where spread is easier,” he added.

The county said that the number of COVID-19 hospitalizations Friday was 501 patients, up from 462 last Friday. Emergency room visits for COVID-19 symptoms represented about 20% of all ER visits, according to information reported to the North Central Texas Trauma Regional Advisory Council.

UT Southwestern’s latest forecast projects that by Nov. 17, Dallas County hospitals could see concurrent hospitalizations rise to between 400 and 710 cases, with roughly 1,000 new cases per day on average.

“Hospitalizations in North Texas have risen significantly,” the researchers said. “The average volume for the past week was 130% higher than the most recent low in late September.”

The researchers said they expect ICU populations to increase, with only a “slight probability” that they will remain flat.

According to trackers provided by Dallas ISD and Highland Park ISD, cases of COVID-19 are cropping up at schools. On Friday, Dallas ISD’s COVID-19 dashboard indicated that there were now 757 cases throughout the district – 292 among campus staff, 73 among central staff, and 392 among students.

Highland Park ISD is reporting six staff cases and four student cases. Neither district provides information on how many students and staff have quarantined due to classroom exposure to the virus.

Dallas County reported Saturday that a provisional total of 577 confirmed and probable COVID-19 cases were diagnosed in school-aged children (5 to 17 years) during CDC week 44 – the week ending Oct. 31, over twice the numbers of children diagnosed in this age group a month ago.

Close contact or community transmission continues to be the biggest risk factor for contracting COVID-19, accounting for more than 94% of all cases.

Nine percent of all cases ended up hospitalized – 24% ended up in intensive care, and 13% ended up on a ventilator.

“This won’t last forever but unfortunately it will last a little while longer and it’s up to all of us to do our part to flatten the curve,” Jenkins said.

Texas has been named the top state for foreign direct investment projects adn the top Free Trade Zone state in the country by Site Selection Magazine.

“Texas continues to be the premiere economic destination in the country, attracting more foreign-direct investment than any other state, thanks to our outstanding workforce, friendly business climate, and robust infrastructure,” Gov. Greg Abbott said. “With these new rankings from Site Selection, the evidence is even more clear: global businesses succeed in Texas because we’ve built a framework that allows free enterprise to flourish.

“By building upon our economic development dominance, we will continue to attract more job-creating investments to the Lone Star State from across the country and the world, and ensure economic opportunity for more hardworking Texans.”

Medical City Healthcare hospitals collected 1,200 pounds of medications during its “Crush the Crisis” drug take back events on Saturday, Oct. 24. The events helped raise awareness about the dangers of opioid misuse and proper disposal of medications.

Community members safely and anonymously disposed of unused or expired medications at drive-through locations at four Medical City Healthcare hospitals located in three North Texas counties, including Medical City Dallas. The events aligned with the DEA’s National Take Back Day and law enforcement officers from Arlington, Dallas, Denton and Fort Worth Police Departments were on-hand to secure the medications.

According to the Centers for Disease Control and Prevention, about two million people in the U.S. suffered from an opioid use disorder and more than 67,000 Americans died from drug overdoses in 2018. As the COVID-19 pandemic continues, the U.S. is seeing an increase in opioid usage, with 40 states reporting increases in opioid-related deaths, according to the American Medical Association (AMA).

“We are incredibly proud of these efforts to help ‘Crush the Crisis’ on opioid addiction,” Miguel Benet, MD, chief medical officer of Medical City Healthcare, said. “With the ongoing COVID-19 pandemic contributing to stress and depression, it is vitally important to remove unused pain medications from homes and to educate the community about the serious threat of opioid misuse.”