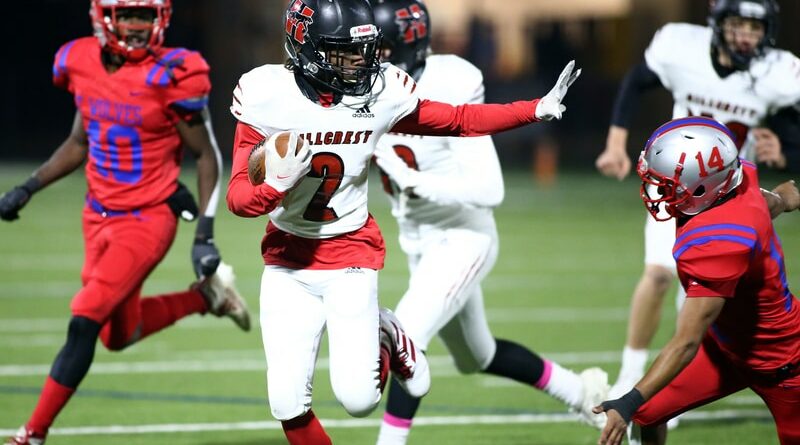 One of its best offensive performances of the season ensured Hillcrest will return to the playoffs for the first time since 2014.

The Panthers pulled away from Spruce for a 56-14 victory on Friday in Seagoville to clinch the fourth and final postseason berth in District 6-5A Div. II.

The reward is a trip to face perennial powerhouse Aledo, a two-time defending state champion, in the Region II bi-district round on Thursday. That’s a tall task, but much better than sitting at home.

Nasir Reynolds rushed for 228 yards and four touchdowns as the Panthers (6-4) finished with the same regular-season record as last season. This time, the tiebreakers fell in Hillcrest’s favor.

Carter Sido completed just five passes, but they covered 167 yards and four of them went for scores. Reggie Williams had two touchdown receptions (covering 35 and 51 yards), while Jakobi Hardy and Shannon Cruse added one apiece.

The Panthers reached the end zone on their final two possessions of the first half and their first two drives of the third quarter to turn a seven-point deficit into a 21-point advantage.

Sido’s 35-yard connection with Williams late in the second quarter put Hillcrest ahead for good. Midway through the third quarter, the Panthers recovered a fumble in Spruce territory, and Sido found Cruse for a score on the next play.

Shawn Hodge ran for 199 yards and a touchdown for the Timberwolves (3-6), while Adrian Wickware tallied 134 receiving yards and a score.