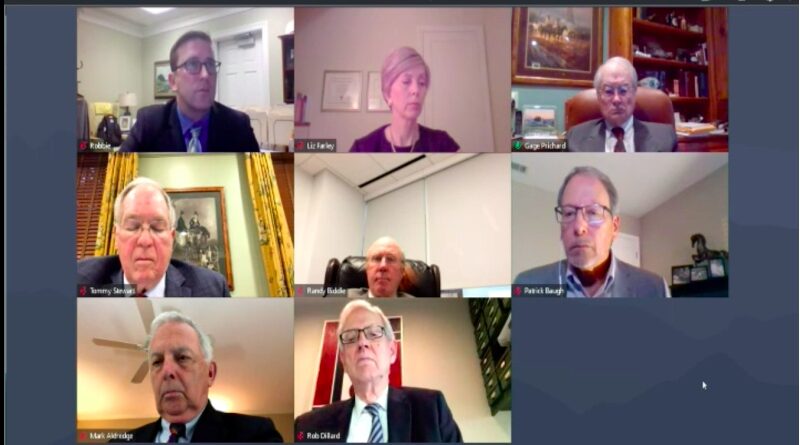 “The parking ratios was thought to maybe be a little bit over the top with the market conditions so the planning and zoning commission kind of tempered that and said, ‘how about we just allow the restaurants to utilize the same parking ratio as retail?’” said Patrick Baugh, community development director.

Snider Plaza had 25 vacancies as of early January, and Baugh said he hopes changing the parking ratio can help fill the spaces. He also noted that within the last couple of years, the city’s negotiated 136 parking spaces for Snider Plaza patrons that are free for the first hour in Hilltop Plaza, as well as an additional 50 employee spaces below grade in Hilltop Plaza for 65 cents per hour, purchased property on Rankin for additional future parking.

“Hopefully, it’ll reduce some of the vacancies – we would kind of be betting on the market rebound and maybe the restaurants could lead the way,” he said. “We still think that the occupancy for restaurants are still at a disadvantage compared to other general retail districts in the city.”

Nick Kuntz said he was concerned the change could lead to parking problems in the nearby neighborhoods.

“I think the proposal is a bad idea because it’s going to make parking in Snider Plaza worse, and that’s going to make parking in the neighborhoods worse,” Kuntz said. “I’m all for more restaurants in Snider Plaza. I think it would just be great, if there’s parking available for the customers that come to the restaurants. If there’s not parking available, what’s going to happen is those cars come and park in the neighborhoods around?”

Matthew Dixon who owns properties in the 3400 and 3300 blocks of Rosedale, asked that the city also make accommodations to multi-family 2 and multifamily 3 zoned areas to make parking “as convenient as the (single family zoned) areas, including removing the two-hour parking limitation for residents in the multi-family 2 zoned residential area west of Snider Plaza, and painting the curbs to help traffic flow.

“For example, Rosedale on the east side of Hillcrest, the street parking is stickered resident parking only. In the 3400 block of Haynie, also stickered resident parking as well. However, in the MF2 area on the west side of Snider Plaza, the residents are inconvenienced with two hour street parking. This is a quality of life issue for these residents and taxpayers,” Dixon said.

Holli Rachal said she’s concerned the changes could lead to more people parking in residential streets, like the 3400 block of Westminster Avenue, near Snider Plaza.

“I know cars that belong to which houses and so many of the cars are not people that live here on my street on Westminster, and on Hursey,” Rachal said. “That’s one of the biggest issues that I feel the city’s never addressed is the employee parking (in Snider Plaza).”

She also called for waiting to change the parking ratios until the infrastructure work is done in Snider Plaza and another study is complete.

“This proposal would only make parking worse for Snider Plaza customers, existing businesses, their employees, and the people who live next to Snider Plaza,” Moir said.

“I do understand the issues that we’re going through with the pandemic and how a lot of these landlords have lost tenants. That’s been a lot of the reason why we’ve got so many vacancies. We’re adding a bunch of parking spaces, and yes it seems like there is a traffic problem at times after lunch midday it seems like a lot of the cars have gone and there are some open spaces,” Biddle said.

“The city has done parking studies with Paris Rutherford,” said Farley. “We (The council, including previous members Olin Lane and Taylor Armstrong) worked diligently to secure these 246 new spots and our plan is also for the owners now to step up with a PID (public improvement district) and have parking management where there would be valet parking where these spaces would be utilized. We have a plan in place for the city to help with having employees park immediately in the garage, so I do think we’ve taken a lot of steps.”

“I’m struggling with everything too, but I really struggle with I don’t want to lose Snider Plaza and I do think we’re kind of losing it … the pandemic has exacerbated the shops closing,” Aldredge said. “I do think we owe it to the community that we need to look at bringing in the restaurants and doing some more. I think the improvements are going to be a great thing to do, but it’s going to be those tenants that are really going to change everything.”