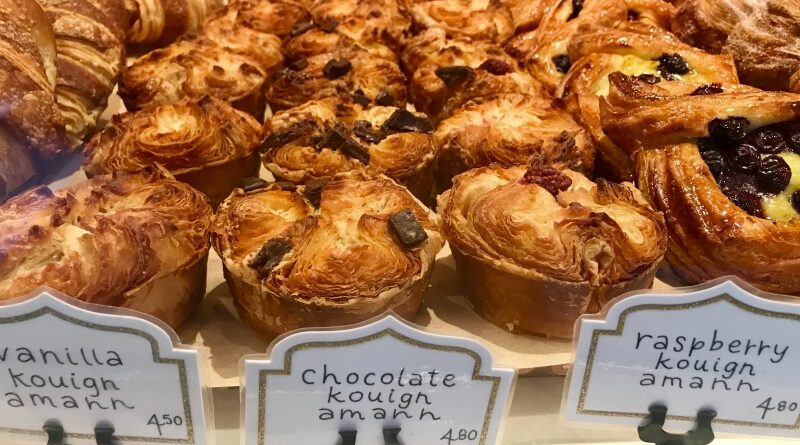 For those who prefer to leave bread and croissant making to the professionals, Village Baking Co. recently opened a new location at 4539 Travis Street in the Knox district.

Clint and Kim Cooper first started a bakery in 2004, and Clint says he’s been trying to get a location in the Knox district for 15 years.

“I love the neighborhood, I love the Katy Trail right there,” he said of the location. “We saw an opportunity–our store is pretty much grab and go. The Travis store has a few more seats than what we have at the Lower Greenville store.”

The menu includes a variety of sweet and savory breakfast pastries, sandwiches on fresh baguettes, and a selection of patisserie, including eclairs, chocolate cake, and tartes, as well as a full espresso bar.

Cooper’s interest in the restaurant business started years ago when he first worked at a bakery washing dishes. He went on to culinary school in California in 2002.

“From there, I went to France and kind of traveled around France working at little bakeries,” he said.

After stints in other locations and selling baked goods wholesale, the company’s first bakery and coffee shop in the Dallas-Fort Worth area opened on Lowest Greenville at 1921 Greenville Avenue in 2015.

As for the future, he said he hopes to continue to grow into other neighborhoods in the Dallas-Fort Worth area.