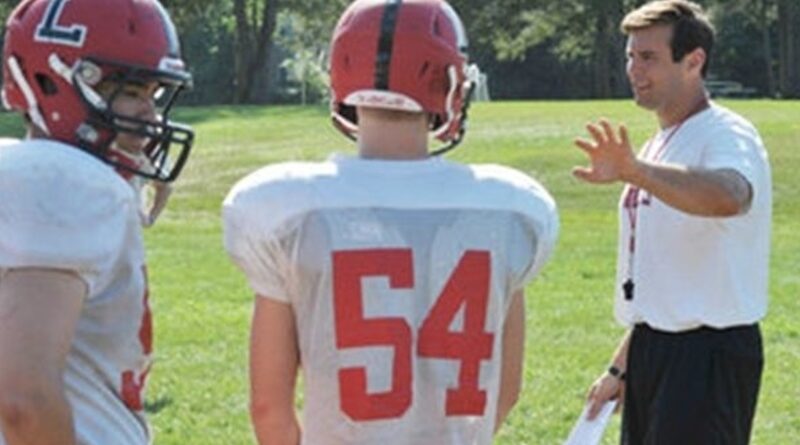 Harry Flaherty has traveled across the country during his playing and coaching career. Now, he’s the new varsity football coach at St. Mark’s.

He takes over for Hayward Lee, a longtime coach for the football and lacrosse programs at St. Mark’s who recently accepted a coaching position at All Saints Episcopal in Fort Worth.

Flaherty, 32, comes to Texas after spending six years as the head coach at Lawrenceville School in western New Jersey. Before that, he was a graduate assistant coach at the University of Tennessee, where he earned a law degree.

He will meet the returning Lions players later this month, then begin conducting workouts this summer. St. Mark’s will open the 2021 season on Aug. 27 against Fort Worth Country Day.

“Fundamentally, I view the purpose of a coach as teaching life lessons through the avenue of athletics,” Flaherty said. “Be a team, be on time, be a gentleman, be your best regardless of circumstance, block out the scoreboard and focus on the next play, relentlessly pursue continuous improvement, focus on the things within your control, focus on the process over the outcome, and always finish.”

Flaherty is a nephew of former Dallas Cowboys coach Jason Garrett. His father, Harry Flaherty Sr., played linebacker for the Cowboys in 1987.

The younger Flaherty played tight end at Princeton. After graduation, he was signed briefly by the New Orleans Saints and the Cowboys, but never played an NFL game.

“Harry has demonstrated outstanding character and leadership in his previous roles, and his coaching and teaching philosophy aligns with the mission of our school,” said St. Mark’s athletic director Sean Lissemore. “He strives to maximize the potential of every student and understands what it takes to have success both in the classroom and on the field. Harry’s exceptional knowledge, experience, and passion for football will make an immediate impact on our program, and we are thrilled that he will be joining us at St. Mark’s.”