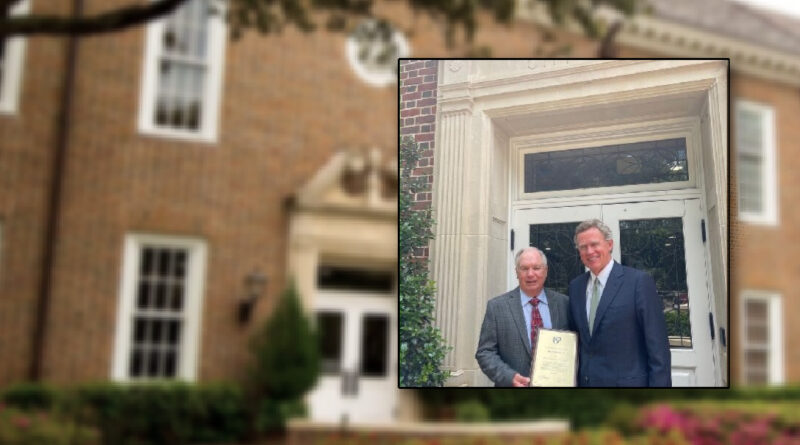 During his six terms in the Texas House from 2003 to 2015, Branch served on the powerful legislative budget board and a number of key House committees, including the Appropriations and Public Education committees. He chaired the House Higher Education Committee for six years.

After serving in the legislature, Dan began his first term on the University Park Legislative Committee. Six years later, he is still a member of the committee.

“It’s a very comfortable life as a resident of University Park,” Branch said. “I feel quite fortunate to live here.”

Branch said the news of his selection as Citizen of the Year came as a surprise. He had recently seen Mayor Tommy Stewart, who mentioned that he had something to discuss with him.

“I thought it had something to do with a legislative item or an issue in Austin,” Branch  said. “This honor was not something I was expecting!”

Dan first arrived in University Park in 1980 to attend SMU School of Law. Following law school, Dan served as a judicial clerk to the chief justice of the Texas Supreme Court.

Formerly an attorney with Gibson Dunn & Crutcher and later BakerBotts, he went on to found Langley & Branch, which later merged with the firm of Winstead PC, where he is a shareholder. Aside from interludes in New York City. Washington D.C., and Austin, Dan has lived in University Park since graduating law school. Dan and his wife, Stacey, have five grown children, who all attended Highland Park ISD schools. The couple also have four grandchildren.

Stewart presented Dan with a plaque and a Citizen of the Year gift, and Dan will ride in the Independence Day Parade July 3. The Citizen of the Year award was created by the city council in 2005 to boost public awareness and appreciation for the residents who work, often behind the scenes, to improve quality of life in the city.