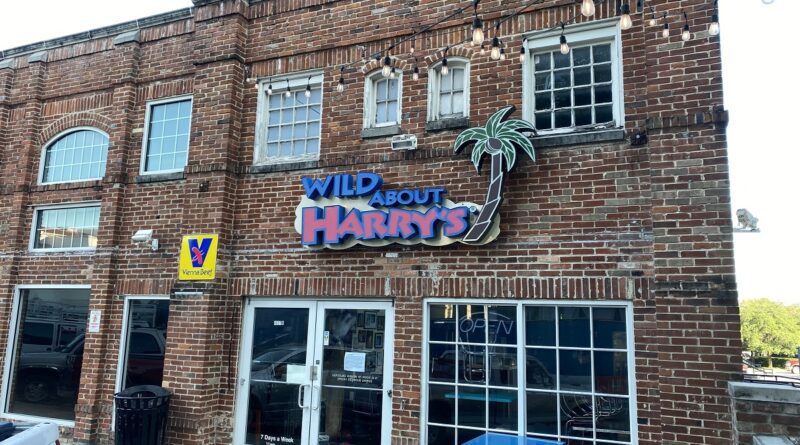 When the owner brings vanilla custard and chocolate sauce to the hospital where you’ve just delivered your first child. When you and your boyfriend go on so many dates there, he proposes to you at that restaurant and your engagement photos are taken there. When a dying girl’s wish is to treat her friends to a cone from there after her funeral.

Wild About Harry’s was always more than a place to get frozen custard and hot dogs. It’s always been more than a restaurant, it’s a thread in the tapestry of our community, one that is woven into other threads that include moms like Debbie Appel Mätter, kids like Dylan, Sierra, and Preston Mallat, and couples like Heather and Ray Washburne.

The restaurant announced this week that Sunday, July 4th will be the final day of operations after 25 years in the Knox/Travis neighborhood just east of Highland Park. The news was met with sadness across generations of people who have indelibly connected Wild About Harry’s to the most important days of their lives.

Harry Coley died on August 13, 2014, and his wife, Lana, continued as the owner.  Today, Brad Belletto, CEO of Vision 360 Design, a boutique hospitality consulting firm, is a partner who oversees day-to-day operations of Wild About Harry’s.  Kelsie Kedzierski, Mr. Belletto’s spokesperson, said they are diligently looking for new locations and ways to expand the brand.  With the development of the Knox/Travis area, many structures, including the one that houses Harry’s, are being demolished. Though the Wild About Harry’s website promotes franchise opportunities, the company is not a franchisor and has no plans to become one. After Sunday, Wild About Harry’s will cease to exist.

Over the years, the consistently top-selling custard flavors are vanilla, chocolate, and peppermint. Harry’s still owns the recipes for these and other flavors and will keep them close to the vest, so don’t even ask. The best-selling hotdogs are the Chicago with mustard, relish, tomatoes, pickles, sport peppers, and celery salt and the Texas with mustard, chili, onions, and cheese.  If you really need a fix, you can temporarily find the custard at Great American Hero on Lemmon Avenue and Hello Dumpling on Peavy Road.  Harry’s spokesperson can’t guarantee which flavors and in what quantity they will be available at either location.

For many folks, there is no substitute for going to Wild About Harry’s where the (let’s face it, kind of creepy) anthropomorphous life-sized hot dog man welcomes the faithful who flock to this temple of comfort food and simplicity, a place that reminds us of our youth. The photos that line the walls of Harry’s do, too. Ms. Kedzierski told me they know how precious the photos are and they will be well taken care of until they find a new home.

Many in our community wanted to share their memories of Wild About Harry’s and here are just a few.  Please feel free to add yours in the comments.

Anna Curnes, Dallas
“I can’t believe it’s closing, I hadn’t heard! Certainly, the end of a wonderful era. Harry was always so kind to Callie [Curnes, a Highland Park student who died of cancer in 2002] during her cancer treatments, bringing her gift baskets with her favorite of peppermint custard and crushed Oreos to the house when she was too sick to leave. And yes, the gift certificates were her idea- she planned her whole “Heaven Send-off!” She said that since it was going to be a really sad day for people and that parking would be a real hassle, that her friends and family should definitely leave with something to help cheer them up and she couldn’t think of a better way to do that than Harry’s custard! So, claiming that since Dad wasn’t going to have to pay for a wedding he could treat her friends now, she arranged a little favor to be handed out with her favorite Bible verse, a gift card for a hot dog and concrete on Callie, and her favorite quote from Auntie Mame that “Life is a banquet, and most poor suckers are starving to death!” Harry was amazingly kind and hilarious and so supportive of my sister in every way he could be! She’d love knowing the photo of her carrying the Olympic torch has been on Wild About Harry’s wall all these years, and it’s been a sweet thing to point out to friends and especially my nieces along with all the stories about Callie whenever we went to Wild About Harry’s! It’ll be truly missed!!”

Debbie Appel Mätter, Preston Hollow
“18 years ago, I was in bed feeling ill and super tired from taking care of our almost one-year-old son. My husband came home one day and I begged him to go to Wild About Harry’s for a Junkyard Dog. I said, ‘Nothing else will do and please hurry!’ He responded with a smirk, ‘I’ll get you your Junkyard Dog and a pregnancy test!’ He was right. We had another baby boy nine months later. That hot dog was so good, I can still taste it.”

Abby Jeffcoat, Lake Highlands
“Wild About Harry’s was a frequent date night spot for my husband and me. I used to live within walking distance of the Knox location and always went for coffee custard. We even took our engagement pictures there. Harry came over to congratulate us on our celebration. Now 11 years later, we need to take our two kids back for one more dessert night!”

Allyson Harrison, Dallas
“Our first date was there, my husband officially asked me to be his girlfriend there, and my husband proposed marriage there! We are heartbroken.”

Lindsey Brown, University Park
“I was a senior in high school when Wild About Harry’s opened. I was a frequent customer from the beginning and loved visiting with Harry. He was always so warm, friendly, and personable. I went off to be a camp counselor that summer and when I returned, he had saved for me the #1 “concrete card” (a card that marked how many concretes you got to earn a free one). I was so touched. It was so thoughtful and exactly what made Wild About Harry’s so special.”

Heather Washburne, Highland Park
“I guess you could say our family has grown up on Harry’s custard. We started going to Wild About Harry’s in 1996 when it first opened. I lived very near the original Knox location and Ray and I would go there when we were dating.  We kept going after we were married and became close with Harry. We visited Harry’s all the time throughout my pregnancy with my first born, Hill.  When he was born, Harry brought vanilla custard and chocolate sauce to us at Baylor Hospital!

I got Harry’s custard for every extended family dinner we had, and he also catered some of my kids’ birthday parties! When my daughter got her driver’s license, Harry’s was one of the first places she wanted to drive to with her friends! We were close to Harry; I went to his funeral. We miss him.”

Rosa Mallat, University Park
“We first learned about Harry’s when my husband Damien and I were living in an apartment at Knoxbridge before kids. I was completing my MBA at SMU. We continued to visit Harry’s when we moved to the M streets and later as a family in the Park Cities. We always got the custard. Chocolate was a favorite! I remember admiring Harry being a fixture in the neighborhood for so long and for having met so many people as evidenced by the many portraits on the wall. Going to Harry’s and taking a picture in front of the big hotdog was one of our first summer to do‘s for many summers.

Natalie Ward, University Park
“Harry’s was my favorite after church lunch.  I have so many memories of people going there to try the Frito Pie and hot dogs and to meet Harry himself. This is where I learned that my favorite flavor of ice cream is coffee. I’m thankful for the memories and great food and I hope they will be able to open up again soon.”

Alexandra Elliott, Dallas
We had birthday parties there for both our boys and have gotten custard pies for their birthdays since they were two years old, and now they are 16 and 21! We’ve had such wonderful memories and they both loved coming to see Harry and getting a wooden nickel.”

Jae Ellis, Highland Park
“Coaches Ben Davis, Bill Jackman and I took the third grade “Jolly Green” Giants basketball team for our end of season celebration. This is them in 2014, today, these boys are incoming juniors.”

Progress can be painful. Though Wild About Harry’s is gone for now, the memories remain. Promise yourself to find another place to make memories. 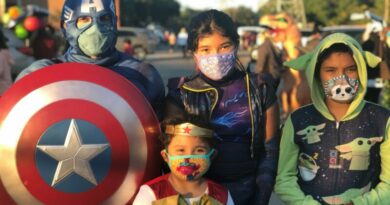 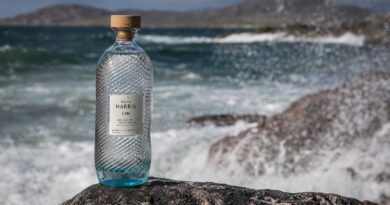 Cheers to the Weekend! 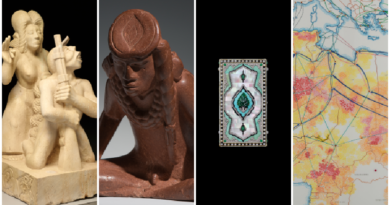