SKULDUGGERY OF THE WEEK: CLOSE YOUR EYES

Arrested at 11:49 a.m.: a 36-year-old man accused of threatening to shoot a 27-year-old parking valet and spitting on an ununiformed peace officer at NorthPark Center.

Before 5:54 p.m., a thief stole contents from a 25-year-old Rowlett man’s vehicle at NorthPark Center.

Incomplete records didn’t include reporting times for shoplifting at Central Market in the Preston Oaks Shopping Center and vandalism to a woman’s property at her home in the 3800 block of West Northwest Highway.

Reported at 8:02 p.m.: A reckless and irresponsible driver drove off after backing into a 39-year-old man’s vehicle at a home in the 7600 block of West Greenway Boulevard.

Reported at 8:29 a.m.: the attempted theft of a 44-year-old man’s vehicle at NorthPark Center.

Taken before 4:49 p.m.: the catalytic converter off a 42-year-old woman’s vehicle at Preston Center.

Reported at 7:03 p.m.: A thief made retail purchases with a credit card taken from a 32-year-old Garland woman’s vehicle in the 4400 block of Ridgeside Drive.

An incomplete online record didn’t include a reporting time or other details about an assault on a man, age not provided, at NorthPark Center. 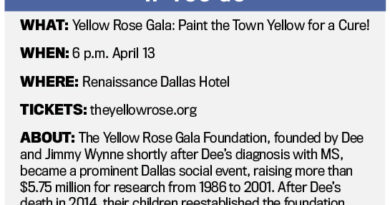