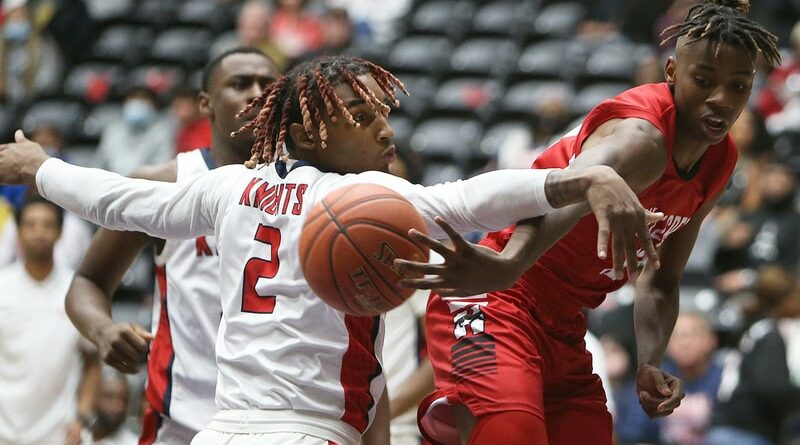 Hillcrest suffered a lopsided playoff loss on Tuesday, but it also continued to build a foundation for a bright future in boys basketball.

Consider that Kimball, which pulled away in the second half for an 83-60 victory in a Class 5A Region II bi-district game at Ellis Davis Field House, was state runner-up last year. Meanwhile, the Panthers rolled out a starting lineup with three freshmen and a sophomore.

Despite a significant disadvantage in size and experience, Hillcrest remained within striking distance for much of the first half against a perennial powerhouse expected to make another deep postseason run.

“This is where it starts. We’re young and we’re learning how to play together,” said first-year Hillcrest head coach Kelan Jones. “I’m very proud of my young men. We made some little mistakes here and there, but I’m proud of our effort and energy. We didn’t give up.”

Hillcrest showed poise early behind youngsters Mike Williams and King Grace, who capped their respective freshman seasons by combining for 31 points. Despite the young roster, the Panthers (22-9) posted their first winning season and playoff appearance since 2018.

“The boys worked really hard and earned it,” Jones said. “Next year we’re going to have the experience. We’re still growing and building.”

The Panthers led for much of the opening quarter before consecutive dunks by University of Texas signee Arterio Morris shifted the momentum to Kimball.

Hillcrest rallied briefly to tie the score at 25 on a 3-pointer by Michael Reagins midway through the second quarter. However, Kimball wore down the Panthers by consistently forcing turnovers and turning them into transition points and acrobatic dunks.

The Knights (24-8) put the game away with a 14-0 run after halftime and stretched the margin from there. Kyron Henderson scored a game-high 27 points for Kimball, followed by Trae Clayton with 16. Morris and Clemson signee Chauncey Gibson added 12 points apiece.

In other 5A playoff action on Tuesday, W.T. White advanced to the area round with a 67-56 first-round win over Spruce. Raul Nieves scored a game-high 22 points and Dre Cole added 17 for the Longhorns (27-6).

The win gave WTW head coach Patrick Washington his 450th career victory. The District 11-5A champions will next face Prosper Rock Hill in the area round on Friday.

Jesuit’s season ended with a 56-49 loss to Arlington Martin in Class 6A Region I. Senior forward Ryan McCormick led the Rangers (16-14) with 22 points.