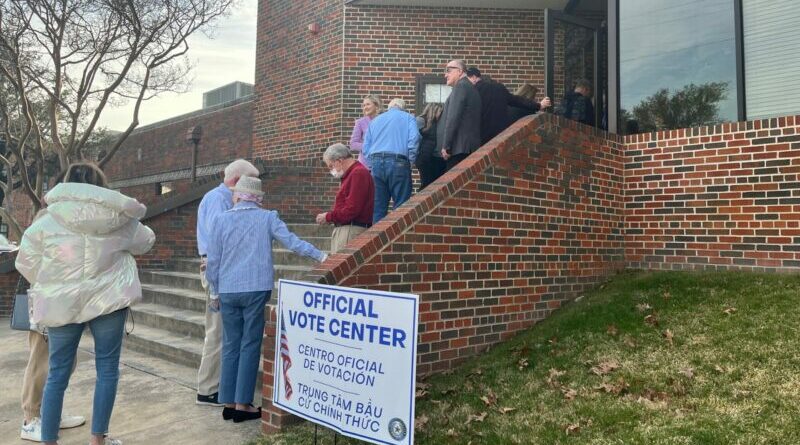 Some candidates can now begin campaigning for the general election in November, but several still have their work cut out for them before they can find themselves on that ballot.

The primary runoff election will be May 24, with early voting beginning May 16.

It was also a really long night, with less than half the voting centers reporting in Dallas County by the wee hours of Wednesday morning.

Lauren Davis handily won over Dallas ISD school board trustee Edwin Flores in the GOP Dallas County Judge primary, and she will face incumbent Clay Jenkins, who had 87% of the Democratic primary vote, compared to Billy Clark’s 13%.

Incumbent Dallas County District Clerk Felicia Pitre will hold on to her job after taking about 58% of the Democratic primary votes. She does not face a Republican challenger.

Dallas County District Attorney John Creuzot ended up with roughly 58% of the vote in the Democratic primary and will face Faith Johnson, who was his predecessor, in the general election. Dallas County Treasurer Pauline Medrano will face Republican Shelly Akerly.

Races that face runoffs include:

Dallas County Commissioner, District 2 incumbent JJ Koch will need to wait to see who his Democratic challenger is. Neither Andrew Sommerman nor Michelle Ocker got more than 50% of the vote, staying within two or three percentage points of each other all night before settling at around 37% for Ocker and 34% for Sommerman.

Incumbent Dallas County Clerk John Warren also finds himself in a runoff against Ann Cruz. The winner of the runoff will have the job, as there were no Republican challengers.

For the state representative District 114 seat, Republican Mark Hadju will face John Bryant or Alexandra Guio after they duke it out for the Democratic spot on the ballot.

U.S. Rep. Beth Van Duyne will wait to see who her Democratic District 24 challenger will be, since Jan McDowell and Derrik Gay garnered 39% and 33% of the primary vote, respectively.

U.S. Rep. Colin Allred and Libertarian Nathan Bosley will face either Antonio Swad or Justin Webb in November, depending on the outcome of the District 32 Republican runoff election.

Congressional District 30 finds runoffs on both sides of the aisle — Democrats Jasmine Crockett and Jane Hamilton and Republicans James Rodgers and James Harris will be campaigning for their positions on the November ballot, where they will also face Libertarian Phil Gray.