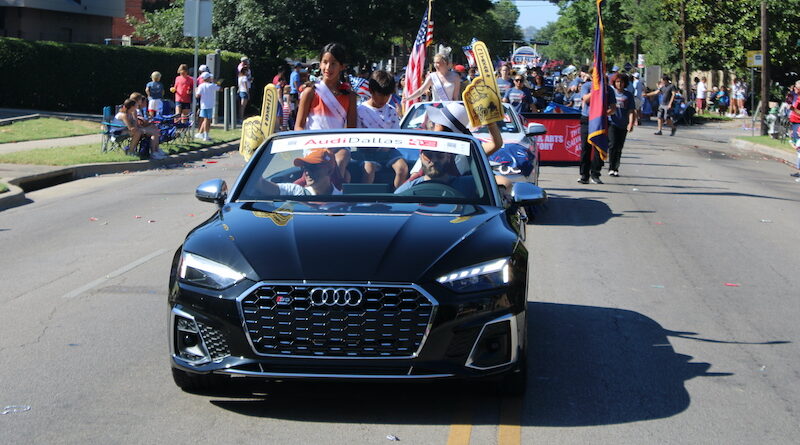 More than 200 tinseled and patriotic-hued floats made their way from Highland Park town hall to Goar Park Monday for the annual Park Cities Fourth of July parade.

The 2022 ‘Together We Serve’-themed event featured beloved former teacher and director of her namesake Highland Park ISD planetarium Donna Pierce as grand marshal.

(READ: Meet The Star of The Fourth of July Parade)

Melissa Rieman, chair of the 2022 La Fiesta de las Seis Banderas gala and past president of the Friends of the UP Public Library, also participated in the parade as University Park’s 2022 Citizen of the Year.

Look for more photos and parade coverage in the upcoming August issue of Park Cities People.