While Highland Park and University Park are the sole focus of our publication, Park Cities residents find their merry way into other media outlets as well. Dan pointed out one example on Saturday. Here are two more:

1. In the June issue of D Magazine, Sarah Hepola writes about the role the University Park Pool played in her coming-of-age story.

2. In a letter to the Dallas Morning News on Sunday, Highland Park resident David Gershner opines about the 14th Amendment. Because a subscription (and gratuitous scrolling) is required, I’ve pasted the letter after the jump.

The federal appeals court in Boston ruled unanimously against DOMA on Thursday. Iowa’s Supreme Court ruled unanimously in 2009 against discrimination of gay people who want to marry. Both cited the equal protection clause of the 14th Amendment.

It is vital that all Americans understand that the liberty protected by the 14th Amendment, like the equal protections of any citizen under the law and U.S. Constitution, is not subject to Bible quotations. 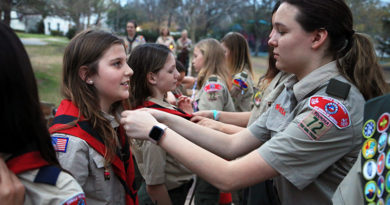