Dallas police have just arrested one of their own.

Officer Erica Montanez was arrested at 8:40 p.m. on July 9 for driving while intoxicated and duty to give information after she was involved in an accident at North Central Expressway and Mockingbird Lane. She has now been placed on administrative leave.

On July 9, 2012 at approximately 8:40 pm, off-duty Dallas Police Officer Erica Montanez, #10283, was arrested for Driving While Intoxicated and Duty to give Information>$200.  Officer Montanez was involved in a car accident at the intersection of N. Central Expressway Service Road and Mockingbird Lane.  Officer Montanez has been placed on Administrative Leave pending the outcome of a criminal and Internal Affairs investigation.

Officer Montanez has been on the Dallas Police Department since September 2010 and is assigned to the Southeast Patrol Division. 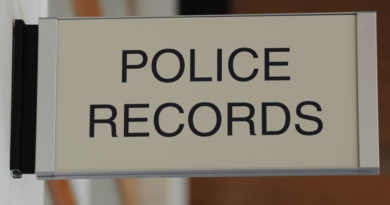 2 thoughts on “DPD Officer Arrested for DWI and Car Accident”