I debated whether or not to admit this, but…I participated in Black Friday. And Sale Saturday. And Sell-Out Sunday. I know I should put on the brakes now, but I just can’t help it: I’m seriously considering this whole Cyber Monday thing, too.

Apparently, I’m not the only one who was lured out of a turkey coma by the scent of slashed prices over the weekend. According to my new friend who works in sales at Nordstrom in NorthPark, things got a little crazy over the weekend — despite the fact that nothing “extra” was actually up for grabs. To compete with other department stores, he said Nordstrom reduced the prices of 7 For All Mankind jeans. But other than that, the only markdowns were on regular sale items.

“They just stampeded,” he said with a shrug. Since I could still see traces of fear in his eyes, obviously I didn’t admit that I might possibly have been one of the high-heeled herd blindly grabbing shoes from the clearance racks.

Any other readers out there who braved the Black Friday madness? Where did you score the best deals? And…ahem…any tips for Cyber Monday shoppers, or is enough enough already?

Photo Gallery: Let’s Hear It For The Boys 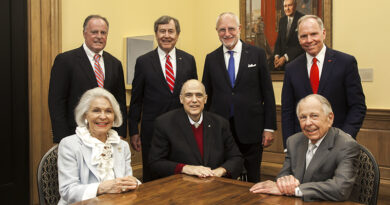