Jenny Molberg has already seen her poetry published in numerous journals. But the latest accolade for the Highland Park High School graduate is among her most significant.

Molberg’s collection Marvels of the Invisible was chosen by Tupelo Press as the winner of the 2014 Berkshire Prize for a First or Second Book of Poetry.

Here’s what judge Jeffrey Harrison said of Molberg’s work, courtesy of Tupelo Press: “Jenny Molberg’s Marvels of the Invisible is that rare, compelling thing: a collection that feels as though it has arisen out of an actual life, celebrating and struggling with the issues and events of that life, and making of them a beautiful, fraught sense. These poems bring together vastly different ways of seeing the world — the scientific, the spiritual, the personal, the historical, the oneiric — through a synthesizing and transformative imagination that is attuned to the details of the physical world while seeking realms beyond the visible, beyond what can be said but is well worth trying to say, ‘spreading/a strange, unutterable music’ onto the page.”

Her poems also have been published in North American Review, The New Guard, Copper Nickel, and Mississippi Review, among others. She currently works as a production editor at American Literary Review. 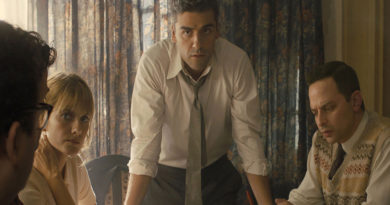 Fine Chinese Ceramics and Works of Art to be Appraised