Jennifer Lee Chiles and William Edward Chaney were married under a cozy pavilion with fireplace at the Hyatt Lost Pines Resort in Bastrop, Texas, on November 15, 2014.  Mr. Ryan Hembree, a family friend, officiated their early evening ceremony. A reception of dining and dancing followed in the Lost Pines ballroom as the guests enjoyed the music of London Calling. Stacy Cross Photography of Austin captured all the magical moments on film.

The bride was given in marriage by her parents. She was escorted down the aisle on the arm of her father. Jen wore a beautiful ivory, mermaid silhouette gown with illusion straps by Liancarlo. Featuring a V-neck and plunging low back, her dress was a stunning creation of Alencon lace over tulle.

The bride is a graduate of Carroll High School in Southlake. She received a Bachelor of Science in human biology from the University of Texas at Austin. Jen is the development director for East African Ministries.

The groom is a graduate of Highland Park High School. He received a Bachelor of Arts in history and Spanish from the University of Texas at Austin, where he was also a member of Sigma Alpha Epsilon fraternity. Will works for Annandale Capital.

Following their wedding trip to Belize, the couple has made Dallas their home. 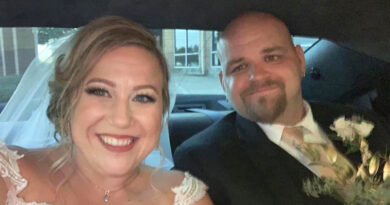 Tying The Knot Soon? You Could Be Our Next Cover Bride