On June 18, Les Femmes du Monde welcomed Safeeya Schnaufer as their speaker at a luncheon held at the Alexander Mansion. Schnauzer spoke of her strict, Muslim upbringing in Kuwait, her move to the United States with her family, and her eventual conversion to Christianity following the death of her grandmother and the encouragement of a coworker. As part of her story, Schnaufer detailed her strong resistance to an arranged marriage and eventual marriage to an American man.

For their next event, Les Femmes du Monde will host former ambassador Robert Jordan at a luncheon at 11:30 a.m. on Aug. 18 at the home of Tincy Miller. Jordan recently penned a memoir on his time as ambassador to Saudi Arabia, entitled Desert Diplomat. To learn more about the group, click here. 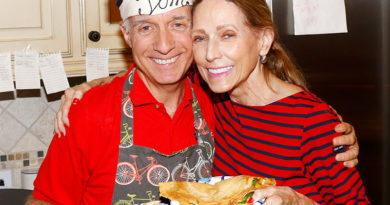 Couple of the Year