On April 5, Laura McBride, author of the best-selling debut novel “We Are Called to Rise,” was a guest speaker to than 400 guests at Dallas CASA’s Cherish the Children luncheon at the Dallas Omni Hotel.

Dallas CASA (Court Appointed Special Advocates) provides volunteers for children who have been removed from their homes due to abuse or neglect. Volunteers gather information that helps judges decide where children can safely and permanently live.

The Cherish the Children luncheon, hosted by the Dallas CASA Children’s Council, annually raises funds and awareness for Dallas CASA. This year’s luncheon raised more than $200,000, which will allow Dallas CASA to recruit, train and supervise more volunteers to serve children in need. 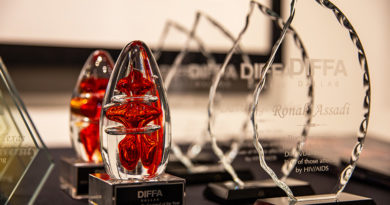