St. Mark’s won the SPC baseball title on Saturday with an 11-6 win over Kinkaid in the championship game in Fort Worth.

Earlier in the tournament, the Lions earned a 10-9 win over Austin St. Andrew’s in the quarterfinals and a 1-0 shutout of Bellaire Episcopal in the semifinals. In the final, St. Mark’s avenged a loss to Kinkaid in last year’s championship game.

Also on Saturday, Greenhill edged Hockaday for the SPC girls track and field title behind a sensational performance by Jernaya Sharp, a Notre Dame signee who won four gold medals — in the 100, 100 hurdles, long jump, and triple jump. Her teammate Ellen Margret Andrews won the 400 and the pole vault, while Hockaday freshman Adoette Vaughan won the 800 and the 1,600.

On the boys side, J.T. Graass of St. Mark’s proved himself the distance king of the conference by sweeping the 800, the 1,600, and the 3,200. His teammate Johnathon Berry won the shot put and discus as the Lions placed second in the team standings. 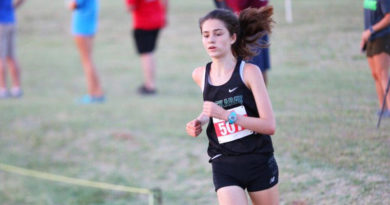