For two dancers, an Ursuline Academy sisterhood has sprung up at Royale Ballet Dance Academy in North Dallas.

Ursuline freshman Jordan Catloth spends at least three hours at the studio every day after school, where she studies under Hailey Von Schlehenried, another Ursuline graduate.

“It’s a way for me to express myself and get away from everything,” Catloth said.

The two have been training together for the last five years. Catloth is studying on a professional dance track and recently graduated to Advanced 1 ballet.

She credits Von Schlehenried with helping her get to where she is; she has landed several roles, including the Rose Queen solo in the Nutcracker, Royale Ballet’s biggest production of the year.

“She’s been a big inspiration and a big part of my life,” Catloth said.

Von Schlehenreid, who graduated from Ursuline in 2007, moved to Dallas when she was 12. She grew up dancing ballet, the most popular form of dance taught in her native South Africa.

When she came to the U.S. and experienced new types of dance such as lyrical, jazz, and hip-hop, “I was like a kid in a candy store,” she said.

Her mother, Angela Sham, owns the studio Von Schlehenried co-directs. Catloth’s mother shares the bond too; she attributes their connection to their shared experience at Ursuline.

“You always feel like you are a part of that sisterhood,” she said.

Despite Having Mono, Cambridge Student Competes 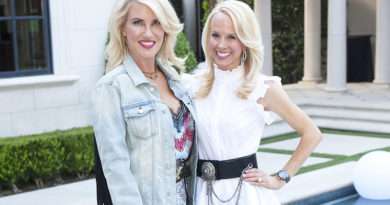