At Highland Park, swimming state titles aren’t just for girls anymore. Despite a contingent of just six qualifiers, the HP boys claimed the Class 5A team crown on Saturday with a stellar collection of pool performances in Austin.

The Blue Wave took home the boys title in a sport in which their female counterparts recently were the dominant program in Texas for more than a decade. For those boys, the gradual rise to prominence culminated in collective triumph when HP held off Grapevine atop the standings, giving the school its first boys title since 2000.

As he has done all season, Felix Van Cauwelaert led the way for the Blue Wave. The junior — making his second appearance at the state meet and first at the 5A level — won an individual state title in the 500 freestyle with a time of 4 minutes, 30.15 seconds and also was the runner-up in the 200 freestyle.

In the 100 breaststroke, Nguyen placed sixth and Peter Paulus was seventh. Meanwhile, King swam eighth in the 100 butterfly. 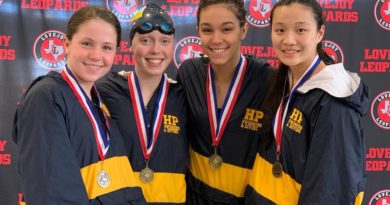 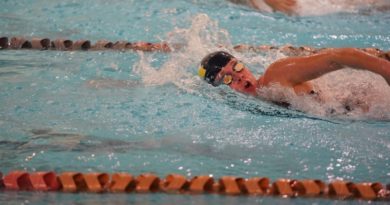