All area runoff flows into Turtle Creek or Hackberry Creek and eventually into the Trinity River. Signs advising residents not to blow yard clippings into the drains needed to be installed at hundreds of locations across town.

“We just didn’t have the manpower to do it,” Highland Park engineer assistant David Ferguson said.

A former Eagle Scout himself, Ferguson asked local Boy Scouts for help. Lucky for him, one Scout was already seeking ways to get involved.

“I was looking for a project and decided I wanted to do something that would help the community, not just some specific organization,” high school senior William Taubenfeld said.

Taubenfeld needed to complete a service project in order to attain his Eagle Scout rank. After discussing the town’s needs with Ferguson, he got to work developing a plan to safely and efficiently install the signs.

According to Ferguson, it would cost the city about $3,000 a week to complete the project with a two-person crew. The workers would likely need multiple weeks to finish.

But on April 1, Taubenfeld’s team of less then two dozen teens managed to cover half the city in a matter of hours. Ferguson hopes another volunteer group will install the rest of the new signs when they come in later this year.

“It’s a win-win for Eagle Scouts as well as for us,” Ferguson said. “You don’t know how much this helps.”

This is not the first time Highland Park has turned to the younger generation for assistance. Over the past six years, the town has worked to coordinate projects with both Scouts and Highland Park High School students. Teens learn about city government, while town officials are free to allocate tax money to other priorities.

“We strive to have not good, but great relationships with our youth,” Ferguson said.

For Taubenfeld, achieving the level of Eagle Scout will culminate years of hard work. He’s overcome more obstacles than most people his age.

Taubenfeld has dealt with severe vertigo since he was 7 years old. At one point, the symptoms became so bad that he had to drop out of school and Scouting for an entire year. Due to his unique circumstances, the Boy Scouts of America granted him an extra year of Scouting eligibility, something for which he is extremely grateful.

Today, Taubenfeld is able to manage the symptoms enough to complete his coursework. He is on track to graduate this spring, and plans to major in criminology next fall at the University of Texas at Dallas.

“I’m happy to see that the city is able to capitalize on Scouting organizations as a resource,” Taubenfeld said. “If they can save thousands on something Scouts can do in a weekend, it’s a huge win.” 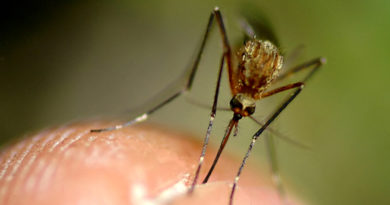