Highland Park enters the final week of the regular season with another playoff berth well within its sights.

After sweeping Royse City in two games last week, the Scots (17-11, 9-3) need just one win over Wylie East this week — or a Lovejoy loss to Royse City — to wrap up a postseason berth. HP remains in second place behind Forney in the District 15-5A standings with two games left.

The Scots topped the Bulldogs 1-0 on April 18 behind a three-hit shutout from Grant Kipp, then followed up with a 4-1 victory on April 21.

This week, HP will travel on Tuesday to face Wylie East, which is third in the league standings, before hosting the Raiders in the regular-season finale on Friday. 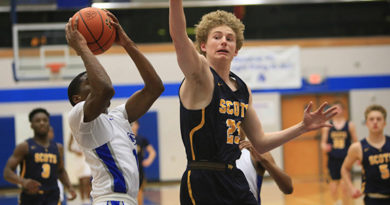