Maybe a change of scenery will mean a change in results for Jordan Spieth.

The Preston Hollow resident and global golf superstar struggled again at his hometown tournament in May, missing the cut at the AT&T Byron Nelson for the first time in seven appearances.

The tournament will move next year from the TPC Four Seasons in Irving to the new Trinity Forest Golf Club in southern Dallas. Perhaps the switch will benefit Spieth, who has yet to finish better than 16th at the Nelson — and that came in his debut in 2010, when he was still a teenager attending Jesuit.

“It’s always been something to think about. I imagine [I can win] at some point in this tournament. I’ll play it enough,” Spieth said. “It’s still a really fun week that I’ve learned to enjoy [rather] than put pressure on myself, even when I’ve been in contention.”

At this year’s tournament, Spieth opened with a solid round of 2-under par 68 before things fell apart the following day. In the second round, he finished over par on six holes, including a quadruple-bogey 9 on No. 16, in which he hit two tee shots out of bounds.

His difficulties at the Nelson have been difficult to fathom, especially considering that at 23, he has already won major championships, a FedEx Cup, a Ryder Cup, and numerous other titles in his young career. Even though last year’s poor finish at the Nelson caused him to tumble to 18th, he was back on top the following weekend at Colonial Country Club in Fort Worth.

“Colonial is an event where the course fits me better. But this one is definitely more home for me, being in Dallas versus Fort Worth,” Spieth said. “Winning both is something that is a lifelong goal for me and one I have yet to accomplish.”

Of course, he’s a perennial fan favorite among locals. His name and photo are plastered in numerous places around the Nelson grounds, and he’s earned the unconditional adoration of large galleries and young autograph seekers alike.

This year’s Nelson week was like most others for Spieth; he hosted some friends as roommates for the week and led a youth clinic, which he plans to continue. Still, given that he played his first professional event in Irving and attended as a spectator growing up, he said the tournament’s departure is bittersweet.

“Obviously fantastic memories,” Spieth said. “It’s a course where we’ve hosted my foundation event every year. It’s a very special place for our family and friends.” 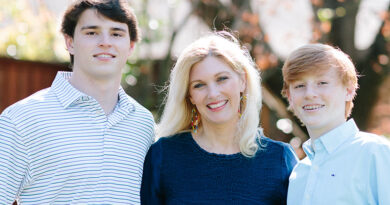