Highland Park High School’s Westley Sturhan earned a third-place medal for individual performance at the recent National History Day meet, which was held on the University of Maryland campus.

He is the first HP student to win an award in the competition.

Sturhan, who will begin his senior year this fall, gave a 10-minute dramatic performance dressed as Nikola Tesla. He debated Thomas Edison over the merits of alternating current versus direct current.

It was a debate that the real life Tesla would eventually win: Alternating current was adopted as the only means of transferring electricity across the United States in 1893.

“The cool thing about National History Day is that we do all the research, but we also track the people,” Sturhan said. “They become real people; it’s not just reading a dry history book but knowing the facts. I felt like I understood why he [Tesla] felt like he did.”

School librarian Neil Krasnoff spearheaded the efforts to get Highland Park involved in National History Day. He had been involved with the competition at a previous teaching job, and wanted to find a way to bring it to HP.

National History Day is the final stage in a series of local, regional, and state competitions leading up to the final showdown. Event categories include paper writing, website design, performance, exhibit, and documentary filmmaking. Krasnoff served as the inaugural team’s faculty coordinator. Most of the participants came from the school’s freshman gifted and talented program.

As Krasnoff was working to get Highland Park’s program up and running, he got in touch with a regional History Day contact who informed him that an HP student was already involved in the competition.

Sturhan had competed in the program since he was a seventh-grader in the Houston area. His family moved to the Park Cities, and he hoped to continue competing.

“I really got into history thanks to National History Day,” Sturhan said. “I had a teacher who really liked it and encouraged me to push it further.”

Sturhan said he will help lead a National History Day club this coming school year. It will help students share ideas and do research.

Krasnoff said he is extremely proud of the team’s performance, especially considering it was HP’s first year participating. Both Sturhan and freshman Matt McCall earned gold medals during the state competition. The 14-year-old McCall was one of the youngest National History Day qualifiers in the high school division for individual documentary film. He plans to compete again next year, and will help Sturhan run the National History Day Club.

Krasnoff plans to continue as faculty coordinator next year and looks forward to seeing the team grow.

“I like getting the kids involved where learning is fun and competitive,” he said. “It’s all about that passion.”

Cheerleaders and Scotsmen Get Dozens to Abandon Diets 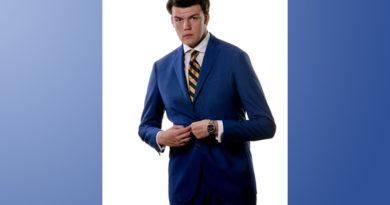