Hyer Elementary parents are asking the Highland Park school board to answer for the decision to displace Hyer students for two years beginning in 2018.

Parents equipped with T-shirts sloganed “Just One Year!” (J.O.Y.) and foam boards bearing Google maps screenshots of commute times between the district schools have descended upon the past few school board meetings to voice their concerns and to demand an explanation for the decision announced in May 2016.

John Tatum, who raised concerns last November at a Hyer parents’ fundraiser at the Bomb Factory (“Solid Gold Hyer — Go for the Gold!”) after being approached by other concerned parents, said in an interview that the two-year displacement is “a completely illogical, mathematically unsound decision.”

The parents have commissioned a traffic study from engineering firm Kimley-Horn. “We have traffic studies and facts to back up our position, but the school board hasn’t presented anything,” Tatum said. “[The study shows] all of the problems logistically with doubling up the traffic on our already-crowded roads.”

Three of the four elementary schools in the district will be rebuilt in the coming years under provisions of the bond package passed in 2015, and their students will be temporarily relocated during construction, most to the fifth elementary school, which is set to open in the new school year.

“Everybody agreed to go to the new school,” Tatum said. “By trying to accommodate for a couple of Bradfield parents and the principal (the board) tried to find a solution to a problem that didn’t exist, and now they’ve created multiple problems that never should have existed.”

University Park, Bradfield, and Armstrong elementaries will be displaced for one year.

“Had Bradfield students attended the new school, they would have had a longer commute that would have included going through at least one additional school zone each day during busy morning and afternoon times,” HPISD superintendent Tom Trigg said in the official statement released May 2016. “Officials from the City of UP and the Town of HP agree that this is the best option for district parents and residents.”

A subcommittee deemed it to be most efficient for Bradfield students (approximately 15 minutes, or 3.6 miles, away from the new school via Turtle Creek) to instead displace to Hyer (slightly closer at 2.3 miles away). Hyer students would go to the new school, then, for the duration of Bradfield’s renovations as well as for their own school’s.

The arrangement will save Bradfield families three minutes’ commute time, according to J.O.Y. parents.

“Because the new elementary school will be located in Hyer’s current attendance zone, it poses the least inconvenience for parents and students in the area. It is likely that many Hyer students will be able to walk or ride their bike to the new school,” HPISD’s statement reads.

Hyer parents argue that since most Hyer families currently walk or bike to school — 372 of 500 students, according to Stewart Greenfield, a Bryn Mawr Drive resident and Hyer parent — the move will cause the traffic of 128 Hyer-family cars to be replaced with 500 Bradfield-family cars (plus several hundred additional cars of Hyer families that will now have to drive).

“Where will all these Bradfield families park for school functions?” Heather Hunter, a Marquette Street resident and Hyer parent, questioned at the May school board meeting.

In addition to lack of parking and traffic congestion, many parents spoke to the fact that they moved specifically so their children could walk to school — not just to any school, but to Hyer.

“I chose to move to the Park Cities so my children could go to Hyer, because it looked like a Norman Rockwell painting,” Hunter said.

“We made financial sacrifices to move into a house near Hyer Elementary so our children could walk to school in the morning,” said Luke James, a resident of Colgate Avenue, less than one and a half miles from the new school. “Now they are missing out on these valuable childhood memories.”

Jon Dahlander, HPISD’s director of communications, said via email, “our plans as a district have not changed.”

Tatum promised at the May school board meeting that this would be “the beginning of a 15-month journey.”

“My child was so excited to be able to walk home from school for fourth grade,” said Kelly Brooks, a Hyer parent who lives on Bryn Mawr Drive. “Now, with this two-year displacement, she’ll never go back to Hyer. And as a single mom, I’ll have to hire someone to pick her up from school.”

The results of the Kimley-Horn traffic study will be available online from Aug. 1 at hpisd-joy.com. 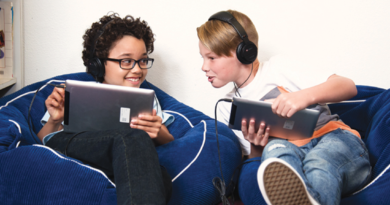