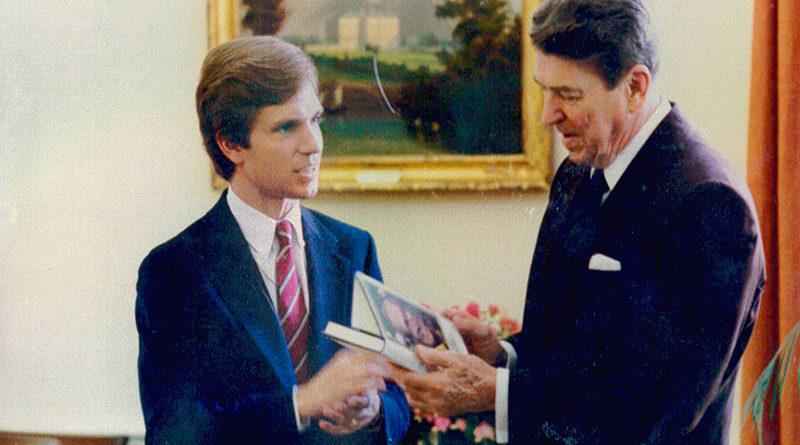 During icy weather on a recent trip to Washington, D.C., Dale Petroskey’s thoughts turned to warm memories of working for President Ronald Reagan.

Petroskey, as an assistant White House press secretary, worked behind the scenes preparing documents for the media and went with Reagan to Geneva, Switzerland, and Reykjavik, Iceland for summits that led to the end of the Cold War.

“I was thinking of those days,” Petroskey said. “(They’re) like a dream that happened in my life, another lifetime ago.”

These days, as president and chief executive officer for the Dallas Regional Chamber (DRC), Petroskey is usually seen out front, stoking the momentum of explosive economic growth in a region that’s welcomed the relocations of 126 companies and 750,000 new jobs since 2010.

For these efforts, Petroskey was named the 2019 recipient of the Virginia Chandler Dykes Leadership Award, given by Texas Woman’s University, TWU’s foundation, and the Bank of Texas.

Now in its 17th year, the award will be presented Feb. 27 at the Belo Mansion.

Petroskey, a native of the Detroit’s suburbs, has a résumé with marketing and leadership roles at the National Geographic Society, the National Baseball Hall of Fame in Cooperstown, N.Y., and the Texas Rangers baseball team. He joined DRC in 2014.

“Chamber leaders need to be smart, perceptive, and able to bridge all the constituencies — business, education, health care — and he does it so fluidly.” -Carine Feyten

TWU’s chancellor and president Carine Feyten praised Petroskey’s ability to marshal diverse stakeholders around a vision of economic prosperity for an entire community.

Education, she noted, is key, so Petroskey tirelessly appears at the Texas Legislature, promoting initiatives from prekindergarten on through the universities. The goal is to build a stable, well-trained, and competitive workforce ready to fill new jobs coming to the region.

“Everybody loves Dale,” Feyten said. “Chamber leaders need to be smart, perceptive, and able to bridge all the constituencies — business, education, health care — and he does it so fluidly.” “We’re not selfish,” Petroskey said. “We don’t care where they land; we just want them in the region, and that’s the recipe for success.”

But not every bid is successful.