The Highland Park girls narrowly lost the team title to host Rockwall-Heath at their first optional meet of the season on Jan. 11.

Tatum Meeks led the way for the Lady Scots, tying for first place in the all-around competition while winning event titles on uneven bars and balance beam. She also placed second on vault.

Lily Overton was third in all-around and second on bars, beam, and floor exercise, Allison Walters finished third on beam to complete a podium sweep for HP in that event.

The HP boys finished third in the team standings behind Garland and Rockwall-Heath. Jack Smith was the runner-up on floor, while Ryan Perry and Stefan Bardwell took second and third place, respectively, on rings. Alexander Miller, a freshman, was fourth in all-around.

The Scots will return to action on Jan. 25 with an optional meet at Saginaw Chisholm Trail. 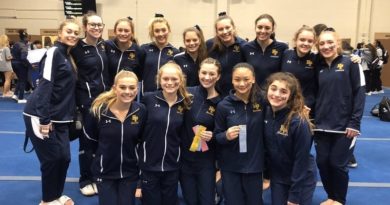 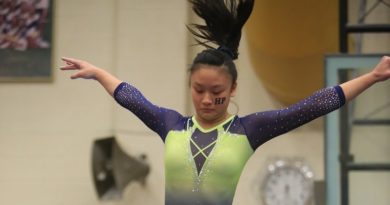