Throwing away food goes against everything Karl Kuby Jr. learned as a boy. His family emigrated from Germany and never threw anything away.

That’s why Kuby Jr. got upset and took it personally when smoke from a small fire on an exterior door forced him to toss out all of the food and beverages at Kuby’s Sausage House and European Market – about a couple of hundred thousand dollars’ worth.

“It went against everything in my body to have to throw way that stuff,” he said. “That could have fed a lot of people.”

What he also takes personally is appreciation he receives from the community. News of the March 22 fire prompted an outpouring of concern on social media. Many customers dropped by to check on the business in Snider Plaza, some even offering to help with the cleanup.

Kuby Jr. didn’t accept help – his staff had the cleanup under control – but he felt thankful to hear it offered.

“That’s the loyalty of the customers Kuby’s has, and that’s what makes us special,” he said.

Kuby.com tells how the Kuby family traces its history in the sausage business to 1728, when Friedrich Kuby opened a neighborhood meat market in Kaiserslautern, Germany.

Much of the business’ merchandise is either self-manufactured or imported, providing a special challenge after the fire.

Kuby’s had to stay closed for four days, primarily because its shelves were empty.

The University Park Fire Department has labeled the fire accidental.

“Unless someone comes forward with specific knowledge, it is not possible to determine the exact cause,” said Steve Mace, the city’s director of communications and marketing.

However, Kuby Jr. has a theory: A cigarette tossed on the pavement by someone walking by afterhours likely got blown up against some leaves at the door and eventually ignited a fire, he said.

The fire didn’t spread into the building, but because some smoke did, Dallas County inspectors ordered a thorough cleaning and condemned all the food, Kuby Jr. said.

“I can’t prove it’s not contaminated unless I open every jar,” he said. “Even the meats in the back freezers and coolers that are sealed like coffins, they had to be discarded.”

Fortunately, he had some products warehoused – thanks in part to some recent orders his wife had made – and could mobilize his sausage factory to get the store about 60 percent stocked in a hurry. Getting to 100 percent would take several weeks as products shipped from overseas.

“It could have been worse,” Kuby Jr. said. “Someone could have got hurt, the building could have burned down, but it didn’t. I’m glad it was what it was.” 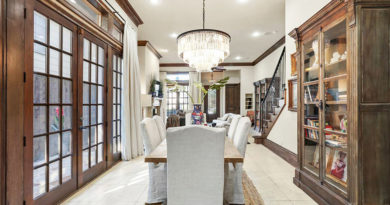 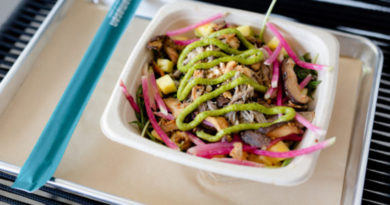