Park Cities Baptist Church pastor Jeff Warren isn’t afraid to say there are people in his congregation that don’t know anyone of color.

He even extended the statement to those outside of his church who live in the Park Cities and Preston Hollow neighborhoods.

So, what do you do about that?

“Do I ask the person at the grocery store to go to lunch with them? Maybe, yeah, maybe,” Warren said.

And that is what he’s done since returning to the pulpit at PCBC in 2010 as the senior pastor.

His journey began by joining a south Oak Cliff pastor for lunch.

From that simple act of breaking bread, Warren and the Rev. Bryan Carter, senior pastor at Concord Church, connected with other area pastors at nearly 30 churches to routinely discuss racial relations and in 2015 swapped pulpits to continue the conversation with their parishioners. Their work, both pastors agree, proved fruitful in the wake of the July 7, 2016 Dallas police ambush during a peaceful Black Lives Matter protest.

“The Pulpit Swap is an essential part of the work we’re doing,” Carter said. “It communicates and demonstrates the importance of our roles as Christians in this matter of racial reconciliation. It also serves as a model for others and a call to action for both us personally and corporately to move away from racism and work toward unity.”

As a pastor, Warren said he does find it challenging to bring the sensitive topic of race to his church – especially today – but said God calls us to step out of our secure places.

“I am learning that the racial story, everyone has a story of race, for a white man is dramatically different than a black man,” Warren said. “I think so much of it has to do with how we were raised in our families. We take on the perspective of our parents, so we talk about teaching our children to love everyone.

“When you show up in a cross racial [environment], grace abounds. Especially if you’re among God’s people. It is palpable. You don’t experience that when we’re just all white.” 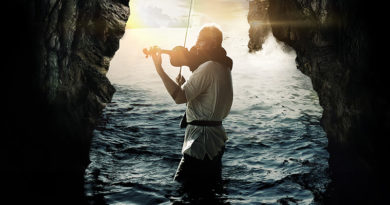 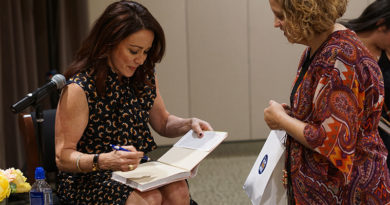