Highland Park might have been ousted in the semifinals of the Division I bracket at the Texas High School Lacrosse League state tournament, but the Scots’ Division II squad wouldn’t be denied.

HP surged past Prosper 10-7 on Sunday to claim the program’s first crown in either division since 2015, when it swept both divisions.

The Scots took control with five goals in the fourth quarter. HP’s Harrison Key tallied four goals and an assist, most of which came after halftime, to help seal the victory. He was named the championship game MVP.

On Saturday, HP held off Klein 11-8 in the semifinals behind three goals and three assists by Thomas Mencke.

In the DI bracket, the Scots saw a late rally fall short during a 10-6 loss to eventual state champion The Woodlands in the semifinals. The Highlanders gained revenge against HP, which handed them their only loss during the regular season. 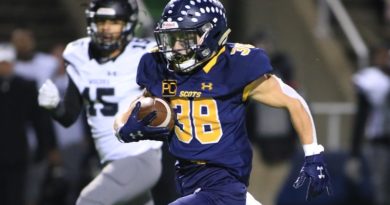