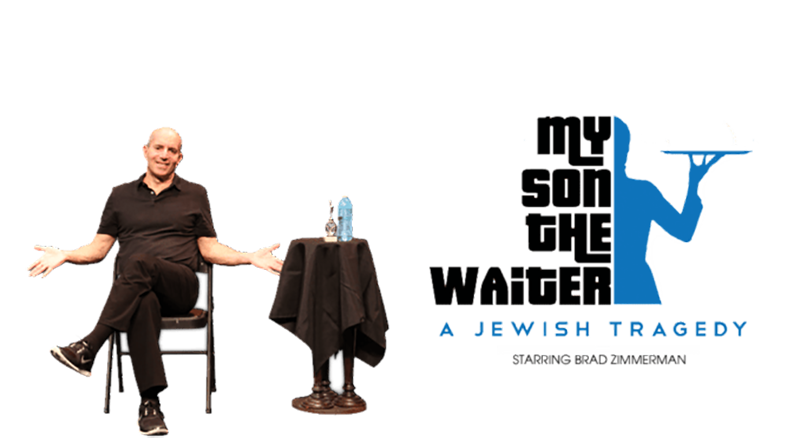 Brad Zimmerman’s comedy “My Son the Waiter: A Jewish Tragedy” will show at the Charles W. Eisemann Center for Performing Arts from July 12 – 19.

“My Son the Waiter” is the autobiographical story of Zimmerman’s 29-year job as a waiter while working to fulfill his dream and ‘make it’ as a comedic actor in New York.

One-part standup, one-part theatrical, and all parts uproarious—this poignant story has a universal message of the journey to follow one’s dream and the parents who suffer through it.

“My Son the Waiter” has rave reviews wherever it has played, including sold-out runs Off-Broadway in New York, Philadelphia, Boston, and Atlanta.

Tickets are $45 to $65 and are available at www.EisemannCenter.com.