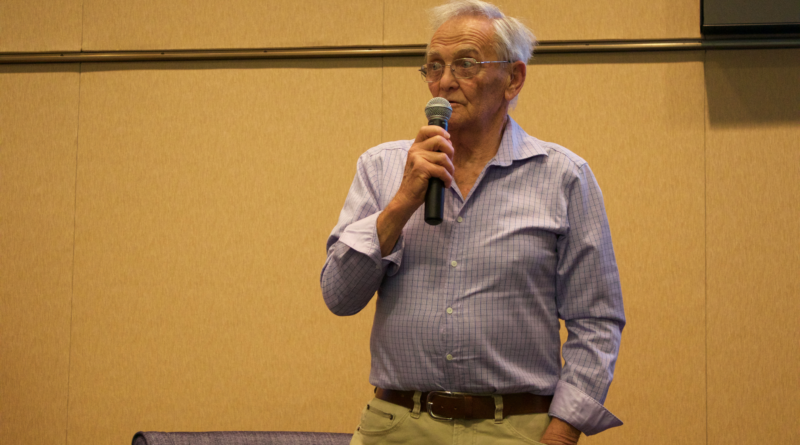 Karl Kuby Sr. grew up in Germany when the Nazis were in power.

The first time he saw Americans was when U.S. soldiers came rolling into his town, he explained Friday during a Rotary Club of the Park Cities luncheon held in his honor. Kuby will serve as grand marshal during next month’s Fourth of July Parade.

With Kirk Dooley conducting an on-stage interview, Kuby explained his feelings about learning about the concentration camps as World War II wound to close.

“I was so disappointed in Germany I lost my faith in my own country,” Kuby said.

That disappointment, in part, led to his decision as an adult to emigrate to the United States, where he learned to appreciate American freedoms and started his well-known butcher shop, deli, and restaurant in Snider Plaza.

His son runs the Kuby’s Sausage House now, but Kuby Sr. still visits often, sharing candy with the children much like American soldiers did with him.

Read more about Kuby when the July issue of Park Cities People comes out later this month. 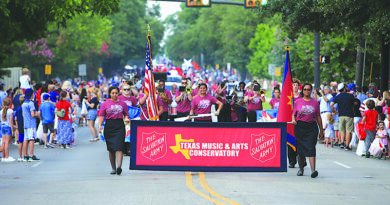 Rain, Rain Go Away, Come Back After Independence Day 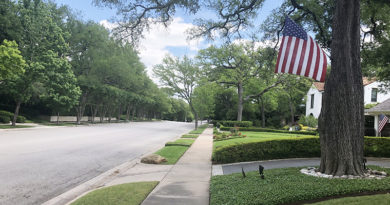 Paradeless in the Park Cities 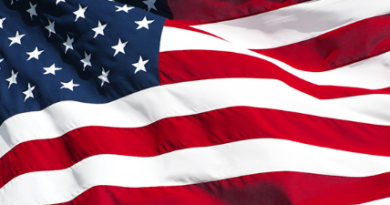 Proud To Be An American Woman

One thought on “German-born Karl Kuby Sr. Proud to Be An American, Looking Forward to Parade”