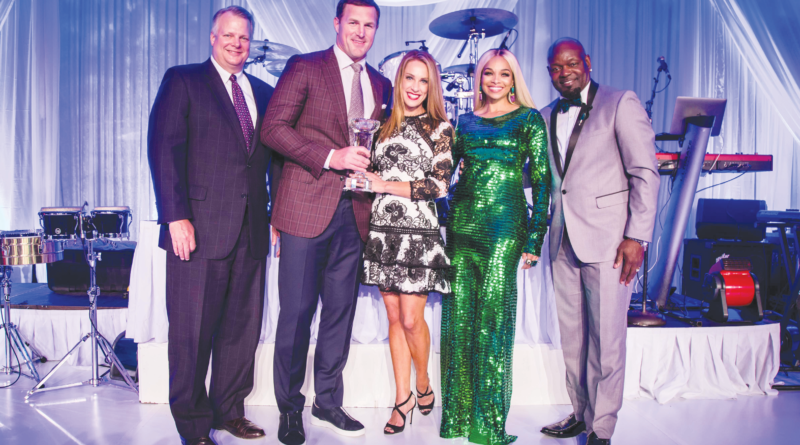 The Emmitt Smith Celebrity Invitational golf tournament and gala, presented by title sponsor Healthcare Highways, took place May 4 and 5, marking its 9th year of grand-scale fundraising to directly impact the lives of thousands of North Texas children, families and their communities.

Entertainment Tonight’s Nischelle Turner hosted the evening showcasing the impact of Pat & Emmitt Smith Charities’ community work, culminating with the presentation of the 2018 Roger Staubach Award presented by Haggar to Jason Witten for his work through his SCORE Foundation. Founded in 2007, Witten’s SCORE Foundation has positively impacted tens of thousands of children and families in Texas and Tennessee over the last decade. This is the only award to be named in Staubach’s honor other than the one established at his alma mater, the U.S. Naval Academy.

“Jason Witten has been the consummate professional on and off the field,” said Emmitt Smith, co-founder of Pat & Emmitt Smith Charities. “He has taken what some people would see as a traumatic childhood and turned into his own ministry. He is sharing his experience with others and trying to break the cycle of abuse by mentoring young men. Jason’s character demonstrates being a winner in life exceeds any championship you can win on the field. When you care enough to help, you can transform a person’s life and it’s everlasting. It trickles down to many other areas.”

The Rising Stars gala ushered in the Celebrity Invitational Golf Tournament, presented by American Airlines on May 5 hosted at TPC Craig Ranch. Players were paired with celebrities to create foursomes to vie for bragging rights and the $5,000 purse sponsored by Waste Management. Several hundred ticket-holders gathered at the Toyota VIP Pavilion to watch the tournament and enjoy games, face-painting, food and beverages, music and an appearance from Rowdy, the Dallas Cowboys mascot. The winning foursome was comprised of Chris Wilson, Sterling Sharpe, John Titus and Jeff Graves.

Now in its 9th year, the Emmitt Smith Celebrity Invitational has raised more than $7.2 million in support of Pat & Emmitt Smith Charities and supported more than 150 charities in North Texas, including 7,000 Dallas ISD students and families through their annual back to school program and hurricane relief efforts. Proceeds from the weekend go to Pat & Emmitt Smith Charities, (PESC), a 501(c)(3) public charity that creates and funds unique educational experiences and enrichment opportunities for North Texas children. 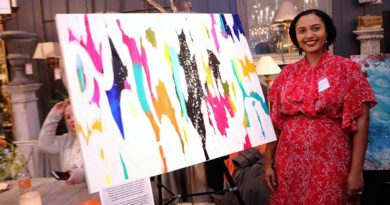