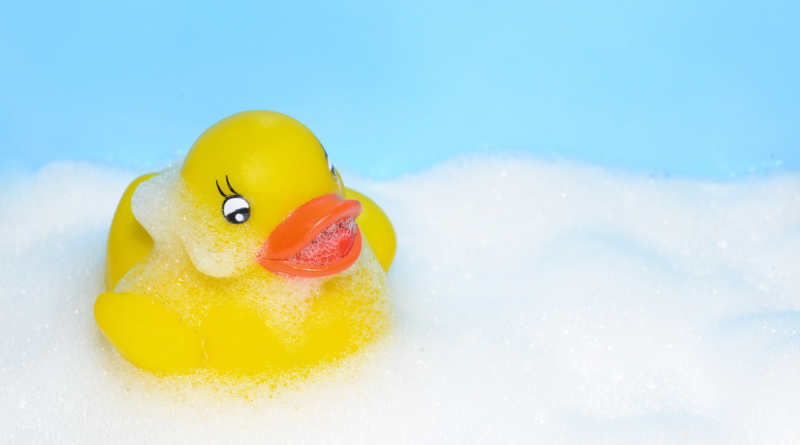 SKULDUGGERY OF THE WEEK: BATHTUB BANDIT

Someone probably looking for a good ol’ bubble bath walked out of the CVS in the 3000 block of Mockingbird Lane before 8 a.m. with about $44 worth of Dove products (and a Schick razor). No rubber ducks were stolen.

The chrome center wheel caps were stolen from a 2014 white four-door Chevrolet Silverado, while parked between 5:30 a.m. and 1:07 p.m. at the Highland Park swimming pool in the 3800 block of Lexington Avenue.

A homeowner in the 3900 block of Mockingbird Lane left his garage open for about two hours while working out, and sometime between 3 and 5 p.m. someone stole a 2015 black and neon green Cannondale Catalyst bicycle, valued at $487.11, from inside.

A motorist couldn’t catch a break after crashing in the 5100 block of Eton Avenue. After being released from the scene by officers, around 11:40 a.m., the driver backed her 2015 Nissan Versa into a legally parked police car and was issued a citation for illegal backing.

You know it’s getting hot in Dallas when people resort to vandalizing air conditioning units. Management from the Tory Burch store in Highland Park Village reported around 5:30 p.m. that the condensers and copper lines had been removed from two of their rooftop units, causing about $10,000 worth of damage.

A homeowner in the 4700 block of Potomac Avenue wasn’t too pleased with a construction crew unloading plywood in the roadway at Potomac and High School avenues. The resident called the police around 11:35 a.m. to complain that the teams and their heavy machinery were possibly damaging the street. It turns out the mechanism did cause cracks and dislodged asphalt in the roadway, police noted in their report.

Just over $11,000 in household goods were stolen sometime between May 18 and May 31 from a home under construction in the 3500 block of Amherst Street, a resident reported around 8 a.m.

Two pairs of sunglasses and two knives, valued at $230, were stolen sometime overnight before 8 a.m. from a 2005 maroon Lexus parked in the 3900 block of Hanover Street.

One Park Cities driver is going to have a hard time charging her phone after the iPhone charger was stolen sometime overnight before 10 a.m. from a 2016 black Volkswagon LL parked in the 3800 block of Purdue Street.