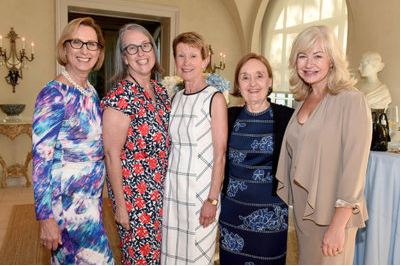 Dallas Women’s Foundation announced updates for its Unlocking Leadership Campaign on May 30 at its Leadership Key Club dinner hosted by Ashlee and Chris Kleinert, who serve as campaign co-chairs along with Paula and Ron Parker and Trea and Richard Yip. The Leadership Key Club is a donor level recognizing those who have contributed $100,000 or more.

Campaign Co-Chair Ashlee Kleinert said that the campaign was launched in 2013 to raise $50 million to invest in women’s economic security and advancing leadership for women and girls in the region. She said, “Women make up an extremely disproportionate share of households living in poverty. In Dallas County, 34 percent of all households are headed by women. However, 54 percent of households living in poverty are woman-headed. Also, 52% of all professional jobs are held by women, but only 14.6% of executive positions are held by women. Evidence shows that investing in women is the most effective way to lift communities, companies and even countries.”

Roslyn Dawson Thompson, Dallas Women’s Foundation president and chief executive officer, thanked the Kleinerts for their gracious hospitality, and said, “The success of this campaign reflects the leadership of our phenomenal co-chairs, campaign cabinet members and every single person in this room! Your inspiring generosity has enabled tremendous growth in our key programs and initiatives that have impacted literally tens of thousands women and girls in North Texas. We are deeply grateful for your role in reaching this campaign milestone, and with your help, we’ll reach our goal!”

Dawson Thompson gave updates on the Foundation’s key initiatives in economic security and leadership. In addition, she announced that the Oct. 30 luncheon will feature Ava DuVernay, writer, producer, director and distributor of independent films. DuVernay, who directed A Wrinkle in Time and Selma, will be joined onstage by Michele Norris, noted American radio journalist, former National Public Radio host, and director of TheRaceCard project, who will moderate a dialog. Co-chairs are Lael Brodsky and Tricia Miller, and honorary co-chairs are Ambassador Ron Kirk and Matrice Ellis-Kirk. 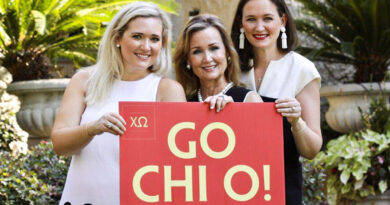 Nothing Comes Between Them and Christmas Market 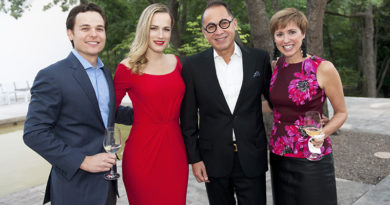