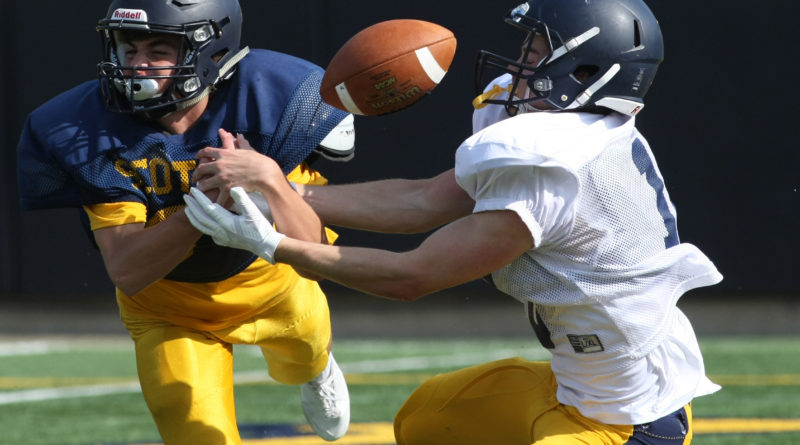 Highland Park prefers to focus on the 15 consecutive wins that closed last season, including the victory over Manvel in the Class 5A Division I state championship game.

However, one loss stood between the Scots and an undefeated season. HP lost a thriller at Class 6A Rockwall, 53-49, in the season opener.

After splitting the two games between one another over the past two seasons, the Scots and Yellowjackets wanted to keep the series going. So they’ll meet again on Friday at Highlander Stadium in a game that should provide a test for two squads with high expectations.

Morris served as the primary backup to John Stephen Jones last season, completing just 10 of 24 passes with two interceptions. Morris did have a long touchdown run against McKinney North in the playoffs.

He’ll be surrounded by a promising mix of newcomers and returnees, with the latter category including receiver Finn Corwin, running back Benner Page, and linemen Regan Riddle and Ryan Butz.

On defense, HP is led by junior defensive end Prince Dorbah as well as other familiar faces such as Hudson Clark, Ryan Khetan, James Lightbourn, Jack Jurgovan, and Colby Hopkins.

The Jackets finished last season 6-6, but they return a handful of playmakers from a high-powered offense that averaged almost 37 points per game. Senior quarterback Jacob Smith, who has verbally committed to Minnesota, threw for 399 yards and five touchdowns against HP last season. One of his top targets, Jaxon Smith, also is back. The Rockwall defense features plenty of athleticism led by Vanderbilt commit Anfernee Orji at safety.

HP opens its schedule with consecutive home games for the first time in almost two decades. The Scots will host another 6A powerhouse, Mesquite Horn, on Sept. 7.