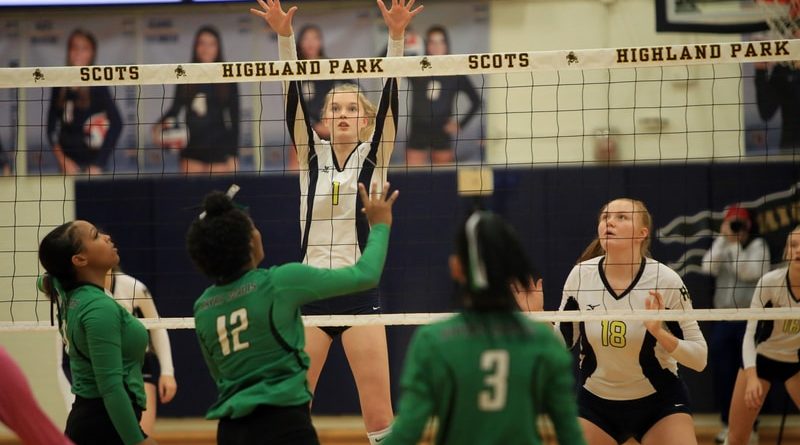 Highland Park crushed Bryan Adams in three sets on Tuesday for its 10th consecutive sweep in District 11-5A play. The Lady Scots will start the playoffs later this month. (Photo: Chris McGathey)

As the regular season enters the home stretch, Highland Park shows no signs of slowing down in District 11-5A.

The Lady Scots continued to close in on a league title with a dominating sweep of Bryan Adams on Tuesday, in which HP allowed only 22 points combined during the three sets.

Having won all 10 matches and all 30 sets in league play so far, the Lady Scots will travel to Carrollton Creekview on Friday before beginning a four-match homestand on Oct. 16 against Carrollton R.L. Turner.