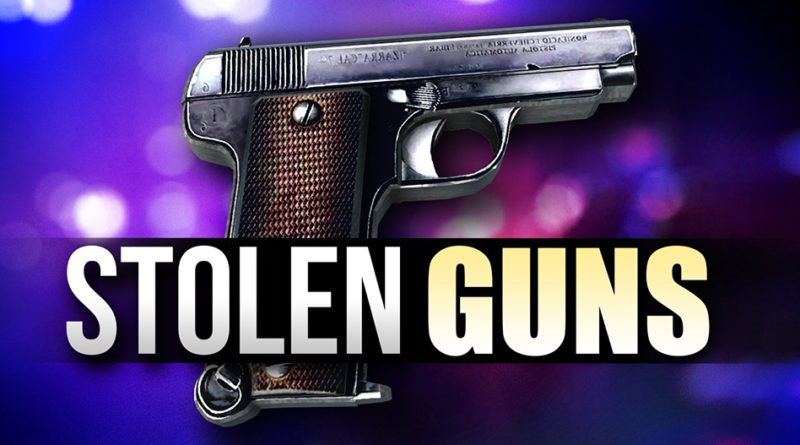 SKULDUGGERY OF THE WEEK: LOCK YOUR DOORS A Highland Park woman lost her nearly $14,000 1.5 ct diamond earring while walking from her home in the 4400 block of North Versailles Avenue and the Avant Garden flower shop in the Shops at Highland Park, sometime between 3:30 and 4:35 p.m. Around 5:20 p.m., a homeowner who does monogramming in her spare time reported to police that three bags containing four white baby robes, valued at $40 each, a tan burlap Christmas tree skirt, valued at $40, and woman’s navy pajamas, valued at $43, were all stolen from her front porch in the 3200 block of Cornell Avenue.

A gray Porter-Cable hand drill and SAWZALL and a box of screws were found by police around 6:05 p.m. in the roadway directly in front of a house under construction in the 3600 block of Euclid Avenue.

Sometime between 9 and 11 p.m., a gray 2018 Audi was burglarized while parked in the 3600 block of Maplewood Avenue. A wallet was stolen and multiple charges were made at McDonalds, Shell, and 7-11. Around 7 a.m., a woman who lives in the 4400 block of Arcady Avenue reported to police that she possibly left her stainless steel and gold Cartier Panthere women’s watch, valued at $7,500, in a loaner vehicle from Park Place Porsche. According to the report, the woman said the assistant service manager at the dealership advised her that the watch was not in the vehicle when he inspected it.

In a blink of an eye, a woman’s wallet was stolen while shopping at St. Michaels Woman’s Exchange at Highland Park Village. The woman told police that around 4:20 p.m. she placed her wallet on the counter after making a purchase, turned to put something in a bag, and when she locked back up the wallet was gone, including the $1,500 in cash that was inside.

Arrested at 11:01 p.m.: a 55-year-old Gainesville man on suspicion of public intoxication in the 4700 block of Douglas Avenue. A homeowner in the 4500 block of Beverly Drive was scammed out of $7,000. The woman reported to police around noon that on Dec. 19 she received a phone call that her son was in jail on a domestic violence charge after hitting a female and causing her to “lose her baby.” The phone scammer told the woman to put $7,000 in a magazine and then mail it to a Philadelphia address. She complied.

Arrested at 12:53 a.m.: a 19-year-old Dallas man on suspicion of public intoxication in the 3200 block of Beverly Drive.

Arrested at 2:19 a.m.: a 41-year-old man on suspicion of possession of drug paraphernalia and public intoxication in the 4500 block of Livingston Avenue.

The owner of Plant Enterprise reported to police around 7:45 a.m. that a few moments earlier, a person in a beige Chevrolet extended cab pickup truck stole a walk-behind mower, valued at $1,050, and a weed trimmer, valued at $250, from one of her work trucks parked outside of the Methodist Family Clinic in the 4100 block of Lomo Alto Drive.

A homeowner reported to police around 10:36 a.m. that sometime between noon Dec. 22 and that morning, three televisions were stolen from her home in the 3300 block of St. Johns Drive.

Sometime between 3 and 3:10 p.m. a silver 2018 Nissan Titan was burglarized while parked in the 3300 block of Princeton Avenue. A Swiss backpack, HP Thinkpad, Apple AirPods, $900 in cash and a series of credit cards, collectively valued at $3,200, were stolen. Arrested at 1 p.m.: a 27-year-old Dallas woman on a local warrant  while in the 300 block of North O’Connor Road in Irving.

Between 4 and 5 p.m., the wallet of a 75-year-old Coppell woman was stolen while at a business in the 6700 block of Preston Road. Arrested at 4:40 a.m.: a 24-year-old Dallas man on suspicion of burglary of a vehicle in the 4000 block of Bryn Mawr Drive. The man, according to an incident report, was observed in at least two vehicles before being detained by police.

Arrested at 9:16 p.m.” a 17-year-old Highland Park man on suspicion of consumption of alcohol by a minor in the 3400 Purdue Street. A black 2018 Ford Explorer was burglarized overnight before 4:22 a.m. while parked in the 3900 block of Centenary Drive. About $300 of West Elm pillow cases and Stuart Weitzman wedges, valued at $300, were reported missing.

Arrested at 8:03 p.m.: a 58-year-old Dallas man on suspicion of assault causing bodily injury at a home in the 3300 block of Daniel Avenue.

Arrested at 6:43 p.m.: a 29-year-old Allen man on suspicion of public intoxication in the 6200 block of Hillcrest Avenue.